UNDER THE SAND (SOUS LE SABLE)

“Charlotte Rampling is delightfully sincere and believable in her subtle performance.“

A longtime middle-aged couple leave Paris for their annual summer vacation at the southwestern seacoast resort of Lit et Mix. Marie Drillon (Rampling) is an Englishwoman who is a literature professor at the university. Her French husband Jean (Cremer) is a gentle burly man, who shares his wife’s affectionate and courteous nature and middle-class values. There’s little dialogue, but through the tender and habitual responses of the couple the viewer sees how close and caring they are as they dine on spaghetti and wine before they turn in for bed.

At the beach he goes for a swim while she rests on the beach blanket. When she awakens, Jean has disappeared. Marie can’t accept that he’s drowned, as some time goes by and she’s still in denial.

Her close friends Amanda (Stewart) and Gérard (Vernier) fix her up at their house dinner with an eligible bachelor publisher, Vincent (Nolot). After some guilt and reluctance, she begins an affair with Vincent while still seeing visions of Jean and believing he’s still in her presence.

This is Mr. Ozon’s fourth film (“See the Sea“/”Criminal Lovers“/”Water Drops on Burning Rocks“) and his clearest and most penetrating emotionally felt work. It is clean and spare, as its beautifully told tale draws the viewer into caring about what happens to Marie. Her loss of the one she loves most in the world leaves her delusional and even though she acts irrational, she gains the viewer’s sympathy. Charlotte Rampling is delightfully sincere and believable in her subtle performance of expressing overwhelming grief. 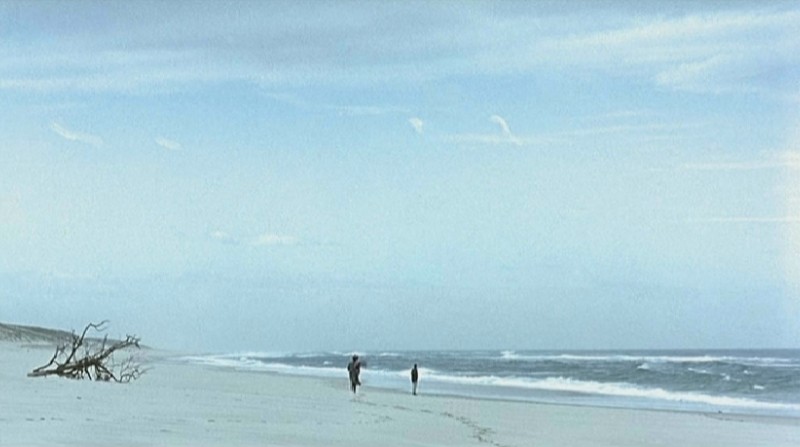