“The character-driven dark film has a poignant romanticism that is not thought of when you think of a Hitchcock film.“

An odd choice for a Hitchcock (“Jamaica Inn”/”Waltzes From Vienna”) movie, a costume drama more interested in emotions than suspense. It reminds one of the Master of Suspense’s Rebecca and Suspicion, and its melancholy takes you into Wuthering Heights territory. This long neglected film bombed at the box-office and received much criticism upon its release, but some critics (the French, for one) thought it one of Hitchcock’s great films. I favor the opinion of those who argue for its greatness but with reservations. Though its verbose, hardly fresh, predictable and overlong it still makes for compelling viewing, as it skewers relationships with a fascinating hard-bitten ability to bring out the misery, pessimism and wonder in it. Hume Cronyn ably adapts it from the James Bridie novel Under Capricorn.

The film has similar plot devices to Hitchcock’s other films: a mysterious house with a domineering evil housekeeper (Rebecca,1940), the aftereffects of poisoning mistaken for alcoholism (Notorious, 1946) and a noble lady who demeans herself for a groom (The Paradine Case, 1947).

It’s set in Sydney, Australia, in 1831, and a penniless Charles Adare (Michael Wilding) arrives from Ireland. He comes with the new governor (Cecil Parker), who is his uncle. Charles has class and nobility, but has failed in all his business undertakings and now hopes he can get rich in this curious new country. Australia was only discovered in 1770 by Captain Cook and has an odd custom of importing criminals from England to serve out their sentences as workers. Charles meets one such ex-criminal who made good, Sam Flusky (Joseph Cotten), the low-born groom in an aristocrat’s Irish home who murdered his future wife’s brother, but who was emancipated and now is a wealthy landowner. His wife Lady Henrietta (Ingrid Bergman), who is the cousin of Charles, has become an alcoholic and has lost all her confidence, and their marriage has become depressing as it’s built on self-sacrifice and the love seems missing as guilt and repression loom over it. Despite his uncle’s warnings not to get involved with such a social pariah, Charles does. He tries to get Lady Henrietta straightened out, deal with her gruff but caring husband and warn Lady Henrietta that her jealous bitchy overbearing housekeeper, Milly (Margaret Leighton), is a poison pill who is purposefully keeping her bedridden. There’s also a long-held Flusky family secret about the murder, that when revealed changes the way things appear.

Superbly acted, elegantly shot, and admirably using long takes, the character-driven dark film has a poignant romanticism that is not thought of when you think of a Hitchcock film. It’s, probably, worth seeing just for that aspect. 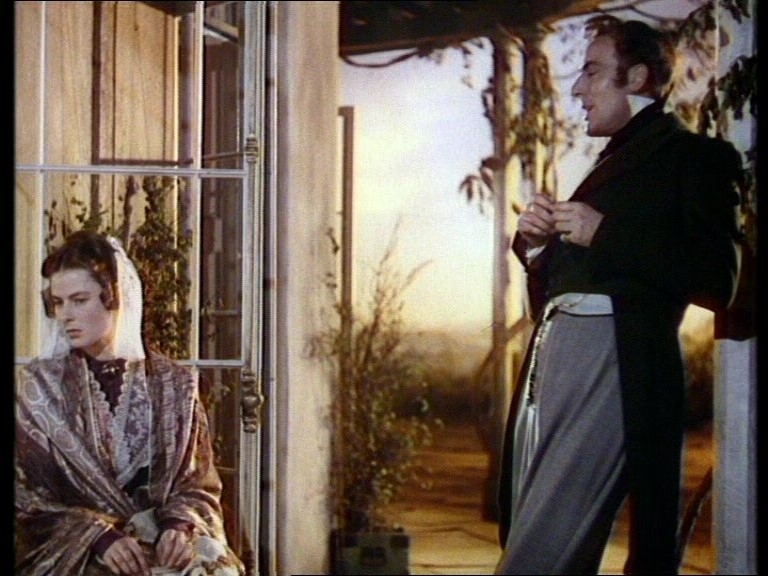