There’s nothing special about Three Little Words, basically a buddy road film about regular Joes who were good friends despite constant bickering who were fortunate enough to make a splash as songwriters in their era. It’s, at least, a pleasingly gentle and sanitized musical biopic of the Tin Pan Alley songwriting team of lyricist Bert Kalmar (Fred Astaire) and piano playing tune arranger Harry Ruby (Red Skelton). They made their name on Tin Pan Alley during the 1920s and ’30s with their catchy tunes, but never reached the heights of their more gifted contemporaries Irving Berlin or Cole Porter. Their rise to fame is deftly directed by Richard Thorpe (“Two Girls and a Sailor”) and capably written by George Wells, even if it lacks wit and dulls down the characters. Also, it goes without saying that it has the usual top production values MGM gives to its musicals.

It opens in the New York of 1910. Kalmar is a frustrated magician and wannabe playwright, while Ruby aspires to be a major league baseball player like his friend Al Schacht. At first Kalmar partners in a vaudeville song and tap-dance act with his honey bunch, the sweet Jessie Brown (Vera-Ellen), who might be the best dancing partner Astaire ever had (too bad they only have one dance number together).

In a freak backstage accident Kalmar jams his knee and won’t dance again. This leads to the restless Kalmar hooking up with song plugger Ruby to form a successful songwriting team, in a shotgun marriage arranged by musical promoter Al Masters. Charlie Kope (Keenan Wynn) is their loyal manager, who causes the boys to split after their great friendship and musical success over the years by blabbing a personal meddling secret while drunk. By this time Kalmar has married Jesse and Ruby has married the beautiful Hollywood actress Eileen Percy (Arlene Dahl). The girls scheme to get the boys on the Phil Regan radio show, and they reluctantly agree to patch up their differences as they perform on the air their new song “Three Little Words” (which were I Love You).

The medley of tunes include “My Sunny Tennessee,” “Who’s Sorry Now?”, “Thinking of You,” “the title song,” “So Long Oo-Long,” “I Wanna be Loved by You,” “All Alone Monday,” “Where Did You Get That Girl?” and the lively song from the Marx Brothers’ “Animal Crackers” called “Hooray for Captain Spaulding,” which became Groucho’s signature song for the pic.

The film has Red playing a more subdued role than what the comedian usually does, and it was refreshing not seeing him do his over-the-top grating comedy shtick. It also featured some guest stars — Gloria DeHaven plays her own mother Carter DeHaven, who had in real-life introduced “Who’s Sorry Now?” and wonderfully does that in the film. An 18-year-old Debbie Reynolds, before stardom, plays Helen Kane, the boop-boop-a-doop girl who turned I Wanna Be Loved By You into her biggest hit despite not liking the lyrics. Helen Kane herself dubs Reynolds’ vocals in the film. 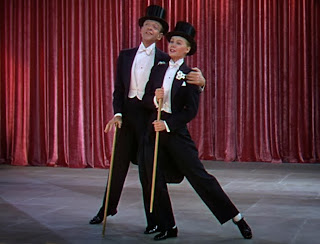