Pema Tseden (“The Search”/”Silent Holy Stones”) is a talented and courageous Tibetan New Wave director, whose third film is an impactful allegorical apolitical naturalistic film about Tibetans treated like dogs and losing their identity under modern Red China’s brutal rule. It’s the first Chinese film to be in Tibetan. Though unreleased in China, as of now, because of censorship, the low-budget black and white film has played the European and American festival circuit to mostly positive reviews. Set in the poverty stricken Tibetan region of the Chinese province of Qinghai, in the Himalayas, that has recently had a rash of nomad mastiff hounds stolen by unprincipled Tibetans and sold on the black market in mainland China for high-priced pets. On the farm, the dogs are valued highly as working sheep dogs. The dogs have become scarce because of all the thefts and the nervous dog owners are pressured into selling their dogs before their valued possession is stolen and they have nothing to show for it.

When Gonpo, the shiftless, drunken, idler married son of rural farmer Akhu, takes dad’s 13-year-old scruffy mastiff, known as Old Dog, into the muddy streets of the rundown and culturally barren city, he sells the dog to the local slimy dog buyer Lao Wang. The next day Akhu, with the help of his policeman son-in-law, Dorje, returns the money for the Old Dog. But is soon menaced by other thieves posing as dog buyers and the Old Man takes a surprising step, against common sense, to ensure that the thieves don’t get the dog. There’s also a subplot about Akhu pressing his son and bride Rikso to go see a doctor at the city hospital to find out why they can’t have children. We know the answer is allegorical, as related to Tibet’s subjugation by China.

The authentic film on modern Tibet is a rare one and the somber tone mixed in with a sprinkling of droll humor is capably executed to allow the outside world to see in simplistic terms the devastating effects of China’s genocide policy to eliminate completely the Tibetan culture and replace it with a worthless despairing foreign materialistic culture. Tseden’s earnest eye-opening non-violent agitated film goes beyond entertainment purposes to serve as an essential realistic film on the tragic situation currently taking place while the world pretends to not see what’s happening. 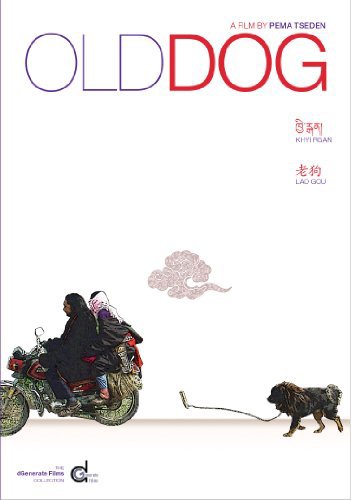