“It’s a brilliantly created documentary on the gusto, exasperation and genius of the filmmaker who at an early age gave us Citizen Kane.”

Morgan Neville (“A Fighting Chance”/”Won’t You Be My Neighbor?”) directs this labor of love made fictional madcap documentary based on the making of the just released Orson Welles’s final film released by Netflix, The Other Side of The Wind, made from 1970 to 1975.

It takes us behind-the-scenes to witness all the confusion over the lost masterpiece in experimental filmmaking (at least in the eyes of Welles it’s a masterpiece), which because of money disputes with its Iranian backers (a relative of the Shah) was locked in a French vault for years until taken by the Islamic Revolution of 1979.

When Welles died in 1985 he just about gave up believing the film would ever be released. The weird but fascinating New Wave semi-autobiographical film leaves us with the message according to Welles “It’s all in the editing.” The Wellesian director in “The Other…” was played by John Huston, a kindred spirit of Orson,

Welles’s protege Peter Bogdanovich played basically himself in the movie. With the narrator Alan Cummings guiding us through the documentary and letting us in on the gossip,

Orson playing himself, and offering a running commentary on a number of archival interviews with his friends.

It clearly shows Orson was pissed Hollywood never financed his films after finding some kind of faults with his great The Touch of Evil film, and he thereby spent two decades living in self-exile in Europe. When back in a changing Hollywood, moving away from the studio system to avant garde indies in the late sixties, Orson tried to make a parody of the recent art films he never dared make before and spent the last fifteen years of his life trying to finance and distribute the film on his own. He also blew up to the size of a whale, which was attributed to stress.

It’s a brilliantly created documentary on the gusto, exasperation and genius of the filmmaker who at an early age gave us Citizen Kane, many consider the best film ever, and who warned us that “no story has a happy ending unless you stop it before it ends.” 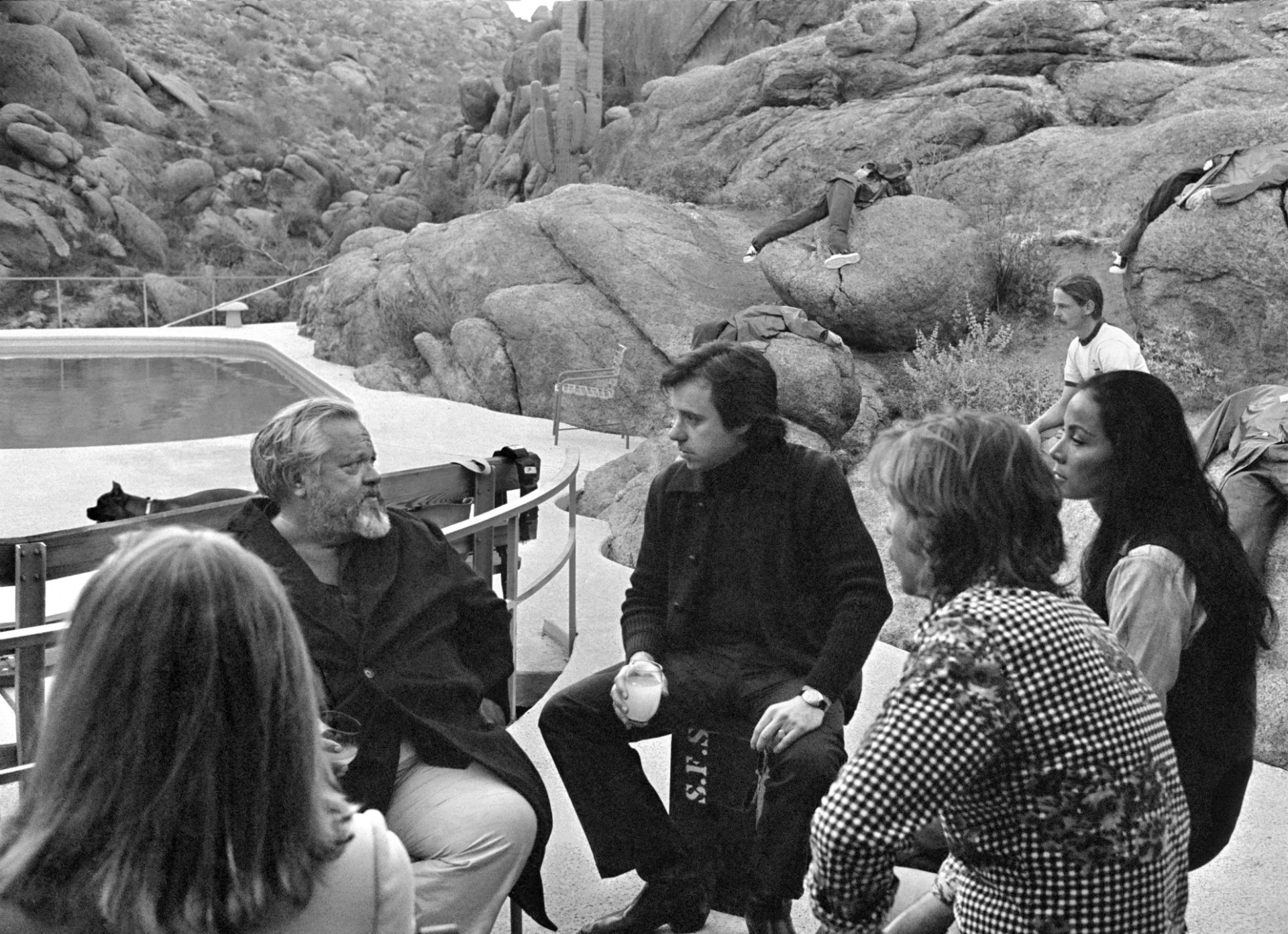