“Grant gives one of his most energetic and best film performances ever.”

One of George Cukor’s (“A Bill of Divorcement” – 1932 and “Little Women” – 1933) most puzzling and most defiant films, as it veers from romantic adventure to tragedy to a crime thriller to comedy. Film lost money due to star Katharine Hepburn in drag. It also became known for the radiant Kate getting kissed by another woman on the lips. Kate and George felt they let down producer Pandro S. Berman and asked to make another film for him without pay. The producer reportedly only sneered at them. As time elapsed, this fresh approach to filmmaking (one of Hollywood’s most inventive films, anticipating by decades the French New Wave) became recognized as a quality film and can now be viewed as one of the great intriguing romantic dramas. It’s based on the book The Early Life and Adventures of Sylvia Scarlett by Compton Mackenzie and written with verve by John Collier, Gladys Unger and Mortimer Offner.

Sylvia Scarlett’s (Katharine Hepburn) addicted gambler, bookkeeper father Henry (Edmund Gwenn) is dejected over the death of his beloved wife and that he’s about to be arrested for embezzlement. Sylvia uses the inheritance mom left to buy ferry tickets to leave France for England, and disguises herself as a boy (cutting her hair and dressing in man’s clothes) to fool the authorities. On the Channel ferry the duo meet cockney small-time scam artist and jewel thief Jimmy Monkley (Cary Grant), who turns Henry in for trying to smuggle lace in without paying the tariff. In London, Jimmy explains he did it so he can get past customs with the sparklers he’s smuggling. After Jimmy gives them a handsome pay off for their trouble, the three become partners as grifters. With Sylvia as Sylvester, still posing as a boy, she gets upset with the con man act when they steal jewels from a vacationing wealthy man’s mansion and leave the innocent maid Maudie (Dennis Moore) holding the bag. Under Sylvia’s urging the three decide to go from con artist to a traveling vaudeville troupe of four called “The Pink Pierrots.” Dressed in pink clown outfits they perform a song and dance routine at a Cornish carnival and meet handsome gentry Bohemian artist Michael Fane (Brian Aherne), who first razzes them and then apologizes by inviting them to his home. Sylvia falls in love with Fane, but he’s rooming with the beautiful fun loving but sadistic Russian exile Lily Levetsky (Natalie Paley). Eventually the Kate character reveals herself as a girl and sets out to land the aristocrat instead of her fellow commoner Jimmy.

The narrative is filled with sexual nuances, romantic entanglements, deceptions and dark periods. Henry becomes jealous of the flighty Maudie and eventually the weak-minded drunkard’s downfall comes when he cracks up and drowns going off a cliff while in a stupor. Though Sylvia seems meant for Jimmy, she goes through thick and thin to be with Fane.

The film disappointed viewers because Kate and Cary were acting against type and played characters that challenged their sensibilities. They were further disappointed that the two stars did not end up in each other’s arms, as expected. Furthermore, hints of homosexuality (both men and woman fall in love with Kate in drag) disturbed the public. When viewed today, this film is clearly a gem that deserves further recognition. Grant gives one of his most energetic and best film performances ever, stealing the pic even though Cukor is known for being a ladies director. The roguish Grant character captures the true flavor of this subtly subversive film when he declaims when questioned about his character’s inappropriate behavior: “It’s a pig’s world.” 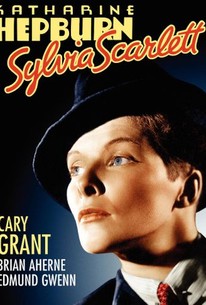 49TH PARALLEL (aka: THE INVADERS)