“Just so much nonsense.”

The London born horror film director Mark Tonderai (“Stalkers “/”Hush”) is responsible for this mess. The unoriginal story is the responsibility of writer Kurt Wimmer. The film was shot in South Africa.

Upon the death of his elderly, abusive, black magic practicing father, the estranged wealthy urban Black lawyer Marquis Woods (Omari Hardwick) is called back to his birthplace in the Appalachians–where he fled as a young man that impoverished community to make something of himself.

The lawyer brings his family along to attend the funeral: his wife Veora (Lorraine Burroughs) and his self-absorbed teen daughter who would rather not go (Samsara (Hannah Gonera) and Tydon (Kalifa Burton)). The family takes Marquis’ private plane there. After stopping for gas near their final destination, his superstitious believing birthplace, where even the gas station sells items to ward off the evil spirits, they continue their flight but run into a storm and crash. Upon awakening, Marquis finds himself in a bed in an attic sewing room of his domineering neighbor Eloise (Loretta Devine), her husband Earl (John Beasley) and their hulking son Lewis (Steve Mululu). Eloise informs Marquis that his wife and children were not located at the crash site.The African spiritualist woman plans to nurse him back to health by making a doll to represent him, which she calls a boogity. She tells him: “We don’t have much in the way of Obamacare down here.”

The menacing woman locks him in the room, and he has no way of contacting the outside world. Fearing the worse, the lawyer escapes temporarily and after learning that Eloise leads a local cult practicing hoodoo rituals and faith healing, he tries escaping again to find his cell phone that was hidden by his hostess. In his  escape, he discovers by observing from the roof the ugly truth about the weird community he grew up in and aims to save himself, his wife and children, at any cost.  It leads to a confrontation with Eloise, as he must overcome her hexes and incantations and a blazing inferno, before there’s a family reunion.

Problem with the stylish but poorly executed horror pic is that none of it is believable. The characters are wooden, the plot is slight, the scares are a fugazi, the main character is too dull to get excited about and the film comes across as just so much nonsense. 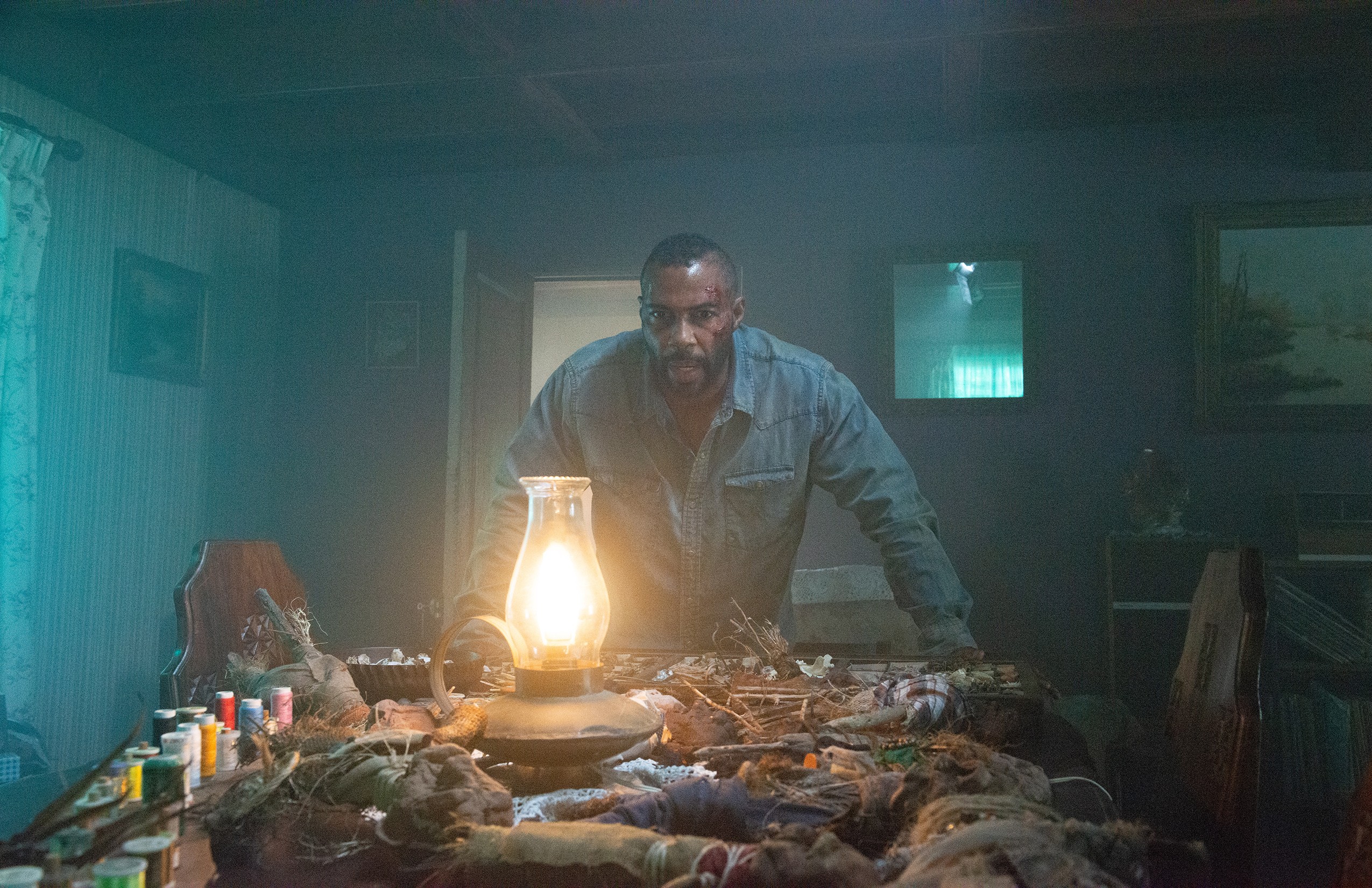 MAN FROM EARTH, THE