Routine Norma Shearer (wife of MGM producer Irving Thalberg) romantic love triangle melodrama that starts off with a bang (opening costume-party scene, in which Shearer and Marshall meet on the cute dressed as giant insects) but fizzles in the middle with a series of sitcom-like mixups and dies by the conclusion with its tedious moralistic finger pointing pronouncement that truth in a relationship is essential. Writer-director Edmund Goulding (“That Certain Woman”) keeps it inane and fast-paced, but the comedy never matches its societal concerns raised about pre-marital sex and adultery.

Park Avenue fast-living socialite Mary Watts (Norma Shearer) meets visiting Brit Lord Philip Rexford (Herbert Marshall), who comes by limo to escort her to a “World of the Future” costume party in Long Island but instead they skip the ball and go out together and begin a whirlwind romance. Before he returns to London, Philip marries her even after she confesses to being a wild party animal with a history that isn’t virtuous. They reside in London for the next five years and have a cute 4-year-old girl named Pamela, and are seemingly happy though Lady Rexford complains her humorless hubby doesn’t pay enough attention to her lately. Philip returns to America on a business excursion that prohibits him from taking along his wife, and leaves her in the care of dotty Aunt Hetty Riversleigh (Mrs. Patrick Campbell). Lady Riversleigh takes Mary to Cannes for some fun in the casinos, where she meets ex-flame playboy New Yorker Tommie Trent (Robert Montgomery). The champagne drinking Tommie immediately recovers when seeing her from his earlier suicidal despair and makes a pass at her, which she rebuffs. The drunken Tommie follows her when she returns to her hotel and while climbing her balcony takes a spill that lands him in the hospital. Mary goes to Tommie’s bedside and gives him an innocent peck on the lips, but an American newspaper photographer gets the photo and it’s blown out of proportion. Philip rushes home as rumors of a scandal upset the stodgy nobleman. Mary maintains her innocence, but Philip’s filled with jealousy and forgives her but can’t accept her story. Philip becomes more doubtful and asks for a divorce when Tommie tries to explain it was an innocent kiss. Mary agrees to the divorce and to giving up custody of their child, and begins anew a romance with Tommie while planning to return to America. But Philip’s private detectives verify Mary’s innocence, and they reconcile. Mary doesn’t tell about her affair with Tommie when they split up, fearing Philip’s old jealousy will return and he wouldn’t be able to handle it. But Tommie tells Philip of their affair, which starts the divorce proceedings again. It leads to a happy ending when Philip realizes he loves Mary too much to let her go and the two reconcile for good. 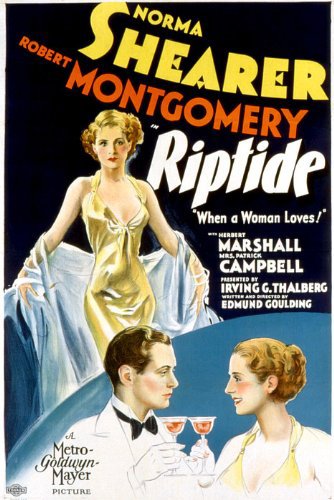