“There’s no arguing its technical achievements, its star performance, its powerful story, or its greatness as a film.”

The debut film for the 38-year-old Hungarian filmmaker László Nemes(“Türelem“), the former assistant to director Béla Tarr, is an auspicious one. He co-wrote it with Clara Royer.

It draws a painful portrait of Auschwitz in 1944. The death camp story focuses on the story about the titular Saul (Geza Rohrig, in his screen debut). The Jewish inmate and Sonderkommando worker finds his young son in the piles of bodies he clears from the gas chambers and demands he be given a Jewish funeral.

It boldly follows the horrors of life in the death camp through the eyes of Saul, an ordinary person, as we see only what he does. Though such a haunting film might not be for everyone, there’s no arguing its technical achievements, its star performance, its powerful story, or its greatness as a film. The visceral drama is truly an unforgettable film experience. In the genre of Holocaust films, this is the best and most unique one I have seen. 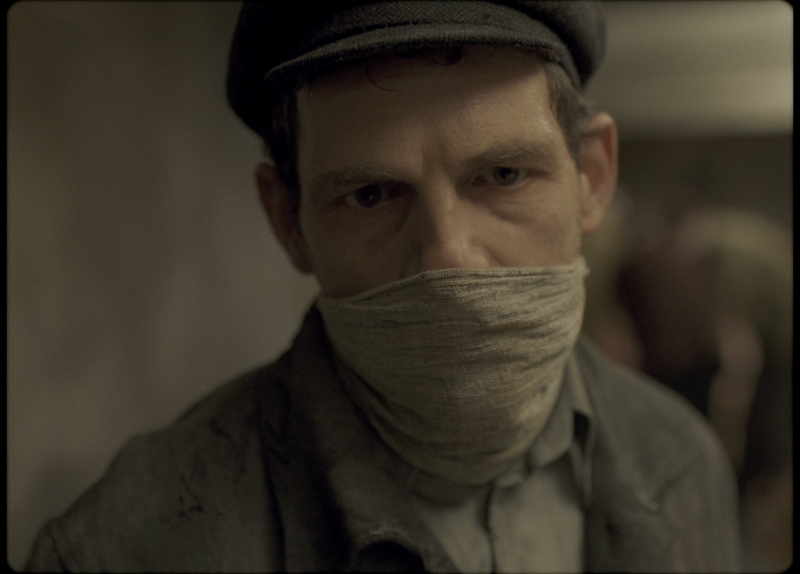