MURDER IN THE PRIVATE CAR

“It might not make too much sense, but it was good escapist fun.”

A zany and illogical second-feature Depression-era comedy murder mystery set on the railroad that zips along at breakneck speed and is immensely entertaining. It’s based on the play “The Rear Car” by Edward E. Rose and written by Ralph Spence, Edgar Allan Woolf, Al Boasberg and Harvey Thew. The always dependable and techie efficient Harry Beaumont (“The Broadway Melody”/”Main Street”/”The Gold Diggers”), who in the 1920s was a top director of musicals, helms this programmer with a magnificent amount of dash.

Perky Los Angeles telephone operator Ruth Raymond (Mary Carlisle) is informed by NYC lawyer Alden Murray (Porter Hall) that she’s the long-lost daughter of railroad magnate Luke Carson (Berton Churchill), one of the richest men in the world. Her vengeful uncle Elwood, kidnapped the child some 16 years ago and raised her in California. Soon there’s an attempt by her bodyguard and chauffeur to kidnap her, but it’s foiled by the nutty bumbling amateur sleuth Godfrey D. Scott (Charlie Ruggles). From hereon an uninvited Scott tags along to protect Ruth and her switchboard operator smart-aleck girlfriend Georgia Latham (Una Merkel) as they board a private railroad car to go to NYC to meet Ruth’s father. John Blake (Russell Hardie), Ruth’s nice guy workplace boyfriend, also manages to sneak aboard the private car.

A series of murders take place, there’s an escaped gorilla from the circus roaming the private car, a note that reads “eight hours to live” is found, there are eerie disembodied voice messages giving how much longer those on the train have to live; and finally, the private car, with Ruth, her father and her friends trapped inside, is uncoupled from the rest of the train and sent tearing backward down the tracks, loaded with dynamite, and in the path of an oncoming train. It’s Scott who saves the day, and Luke who recognizes that it’s his brother Elwood who is responsible for this–claiming 16 years ago he was defrauded by him.

It might not make too much sense, but it was good escapist fun. Ruggles as the self-appointed guardian of Ruth and the self-described “deflector” of any incidents, is a hoot and the one who makes this flick spin its wheel in the right direction. 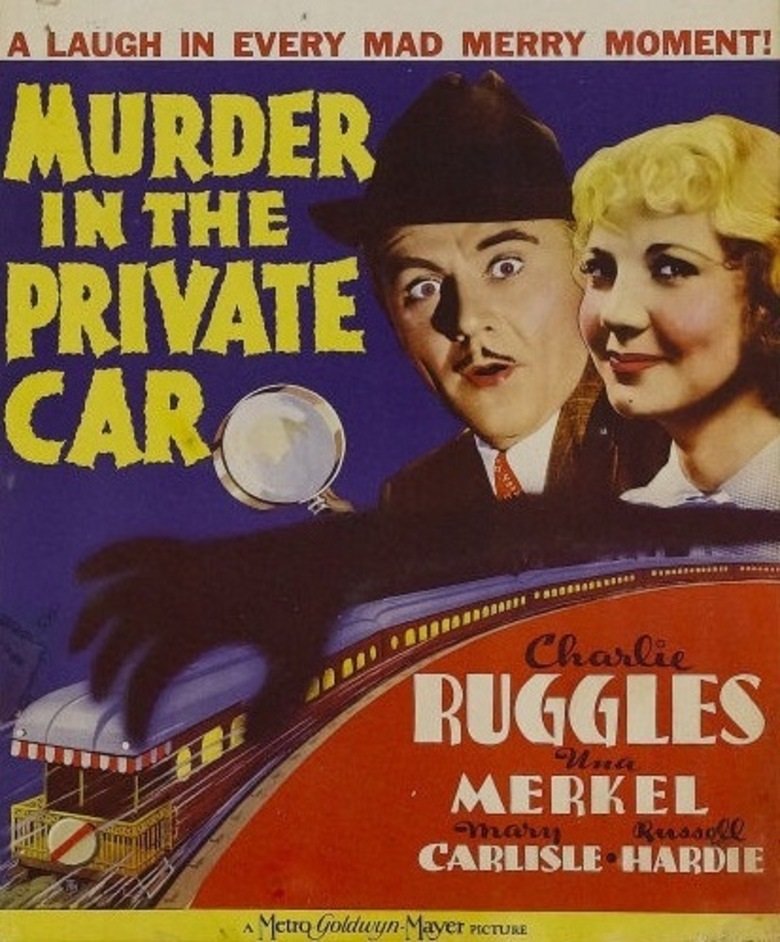