“Unfortunately the film never held together in a cohesive way, and seemed forced and awkward at times.”

Playwright and actor Sam Shepard, writes and directs a strangely intriguing art-house Western about the ill-fated clash between European and Native American cultures that came with Western expansion. It plays more like a theatrical ghost story or a Greek tragedy than a Western. It is set in 1873, in the plains of New Mexico, where the story centers around a quack, alcoholic, cowardly, professor, Eamon McCree (Alan Bates). He has a thick Irish brogue, and runs the Kickapoo Traveling Medicine Show with his despondent son Reeves (Mulroney) as his assistant.

Eamon raped an Indian woman (Tantoo Cardinal), who because of that was made mute by her Kiowa tribe and left alone in the wilderness. She gave birth to twin girls, Awbonnie (Sheila Tousey) and Velada (Jeri Arredondo). Out of a sense of guilt he marries her and raises the girls as his own, unaware of the avenging anger Silent Tongue had for him.

When Prescott Roe (Richard Harris), a horse-swapper by trade, offered Eamon three horses for the now fully grown and beautiful daughter Awbonnie so that his unbalanced son, Talbot (River Phoenix), can have a wife to comfort him, Eamon accepted the offer since he needed the horses at the time. During childbirth Awbonnie died along with the child, and Prescott’s son has become completely deranged since her loss. The ghost of Awbonnie torments Prescott’s son further and curses him for having his father buy her.

As the film opens the frustrated Prescott is willing to do anything he can to save his son. He returns to see Eamon to purchase his other half-breed daughter thinking he can restore his son’s sanity with her as a replacement. But Reeves strongly objects and because of that Eamon changes his mind about the sale, which prompts Prescott to kidnap Velada.

The barren landscape is frighteningly populated by impressionable children, con men, dwarfs, acrobats, comics, a Greek chorus singing about the tragedy while strumming on their bluegrass instruments, Indians hunting on the plains, angry frontiersmen, a lone man walking through the desert with all his possessions on his back, and assorted madmen. When Father and son go to retrieve Velada the carnival people pack up their equipment and flee without their leader, prepared to carry on the show without him.

Silent Tongue’s call for vengeance is being carried out by Awbonnie as a ghost, who has taken the form of a buzzard. She trails Prescott to torment him as he brings Velada to his son.

Harris gives a stately performance of a father who doesn’t know what else he can do for his son. Bates behaves more like a symbol than a real person, as he represents what the vulgar Europeans were like who considered themselves superior to the Indians and in their ignorance raped the Indians and the land. Bates says things that shows his disdain for them as heathens, such as: “Indians are born to suffer.” In River Phoenix’ penultimate role, he mainly babbles and has no chance to show his skills as an actor. Tantoo Cardinal has a minor part, even though the film is theoretically about her. What becomes overwhelming is the open and spacious landscape, a perfect breeding ground for violence and insanity. It’s a film that revels in a dark brooding mystical flavor and of being a revisionist-type of a Western rather than one of those traditional oaters. Unfortunately the film never held together in a cohesive way, and seemed forced and awkward at times. It should satisfy mostly those who are in need to see something different, something that is cultish and attuned to Sam Shephard’s penchant for showing dysfunctional families. 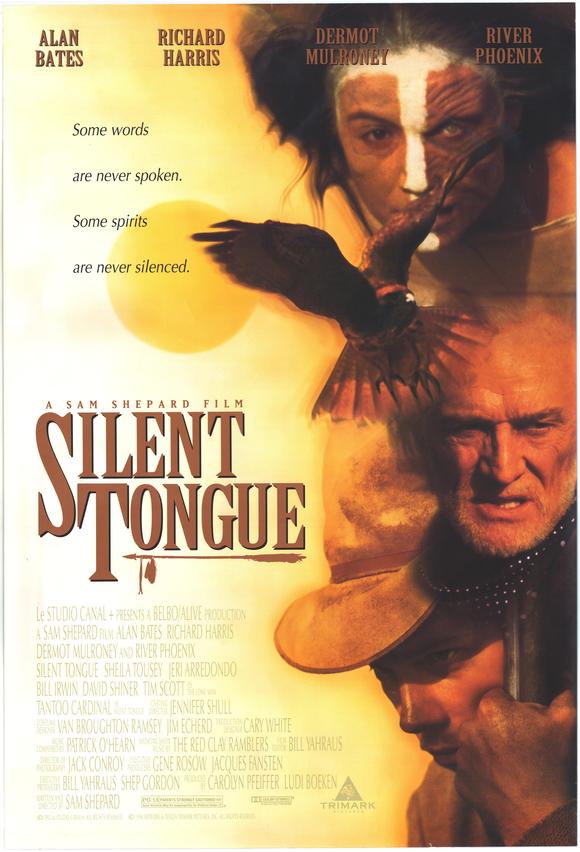