RUNNING MAN, THE (aka: THE BALLAD OF THE RUNNING MAN)

“The acting was stiff.“

Disappointing routine thriller about insurance fraud directed by Carol Reed (“Odd Man Out”/”Night Train to Munich”/”The Third Man”), who was in a period of creative decline in his later films.The once great filmmaker Reed was unable to get any suspense, even into the critical third act (though there’s an ironic twisty ending), and the acting was stiff. It’s based onthe novel “The Ballad of the Running Man” by Shelley Smith and is implausibly written by novelist and playwright John Mortimer. The weak characters and bloated plot line both take a back seat to the colorful location shots of Spain by cinematographer Robert Krasken (a Reed regular).

Rex Black (Laurence Harvey) is a ne’er-do-well pilot running a struggling small private cargo airline. He crashes his glider into a rock on an island and learns from Prudential Insurance Company that he can’t collect because of a lapsed policy (think of the rock as Prudential’s logo). A year later Rex fakes his death in another glider crash into the ocean and his widowed wife Stella (Lee Remick) collects £50,000 from the same insurance company. While his wife collects from the insurance company in England, after a visit from insurance agent Steve Maddox (Alan Bates), Rex changes his name and appearance and flees to Malaga, Spain, where he plans to meet his wife.

Posing as Australian sheep farmer millionaire Jim Jerome (John Meillon), whose passport Rex conveniently found in a bar when Jim was drunk, has Rex thinking he’s so smart and that things are at last working out so well. His change in attitude as a nasty rich man, doesn’t sit well with wifey when she meets him in Malaga. Things get dicey when Maddox unexpectedly appears in Spain, claiming he’s on a holiday alone. The three become a threesome as Rex tries to discover whether or not Maddox is onto the scam. Rex miscalculates the situation and runs Maddox off a cliff, nearly killing him. Things become real messy when Rex tries to flee across the border to Gibraltar, with the Spanish police in pursuit, unaware that Maddox is no longer an insurance man and really is on vacation and only interested in scoring Stella.

Though the film is flat and not believable, it’s still technically sound. 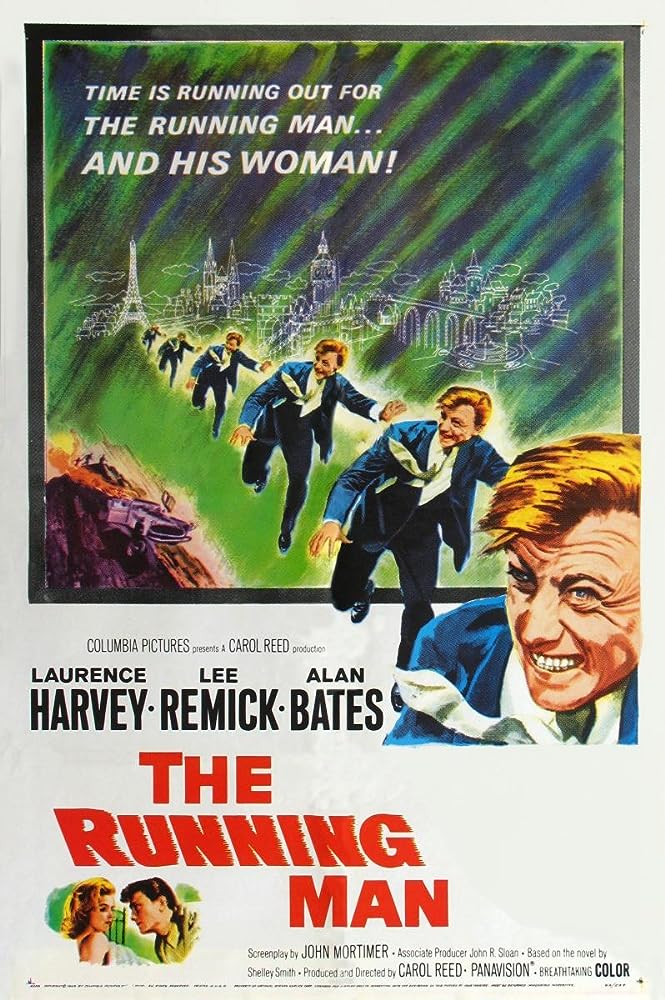