Enjoyable routine sea adventure that’s well-acted by the men. It was the 72-year-old Victor McLaglen’s last film. He died a year later. Director Cy Endfield (“Zulu”/”Hell Drivers”/”Mysterious Island”), an American living in exile in England because of the HUAC commie witch hunts, co-writes with John Kruse. The black-and-white film was shot on location at Estartit and Girona, Spain.

Drifter English sailor Abel Hewson (Stanley Baker) lands in the village of San Pedro, in the northern Spanish coast. Abel impresses the crusty old-timer English captain of a salvage tug, Captain Bellew (Victor McLaglen), after a fistfight with a bully sailor (Joe Robinson), and is hired as a deckhand even though he served last as a first mate.

Meanwhile the foolish captain is taken with the beauty of local Spanish teenager Josita (Luciana Paluzzi), whose wormy father (Roger Delgado) eyes the captain’s fortune and promotes his daughter to him as his future wife. Josita accepts the captain’s generous gifts but refuses to show any romantic interest in him, instead falling for the much younger Abel. When the first mate on the Fury II dies, Bellew promotes Abel instead of his longtime crew member Gorman (Robert Shaw). When an American freighter, carrying chemicals, needs a tow because of a sea wreck, Gorman while searching for the absent new first mate spots him with his binoculars kissing Josita atop a nearby mountain and tells the enraged, drunken jealous captain.

It concludes with the Fury II racing a Dutch rival to tow in the possibly dangerous explosive wreckage, and the captain and his first mate settling things over their love triangle in a surprisingly civil manner. 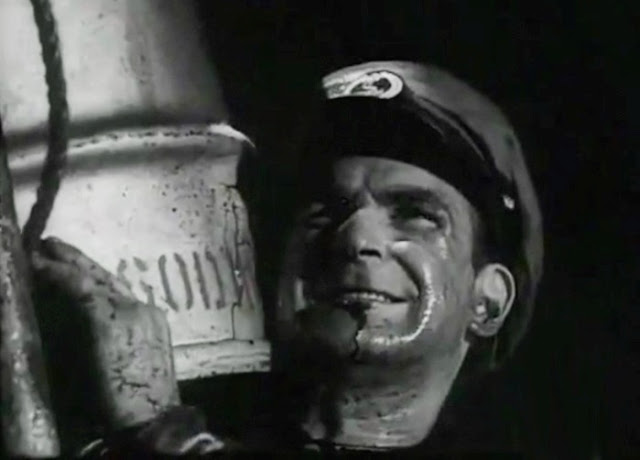