THE RUTHLESS FOUR (OGNUNO PER SE)

“A good spaghetti western about the evils of greed.”

When the old-time, craggy-skinned, prospector Sam Cooper (Van Heflin), discovers gold in the hills of Nevada, he asks the young Manolo (George Hilton), whom he raised when the lad was growing up as an orphan in Denver and is the only one he trusts to help him dig out the vein. But Manolo brings along the ruthless killer Blonde (Klaus Kinski), his gay partner, and this frightens Sam. So for support, Sam pays his old army buddy, Mason (Gilbert Roland), to join the group for his protection. On the way to the gold mine, the foursome must eliminate a gang that attacks them. In another killing, Blonde kills a lost wanderer in the hills, who turns out to be the marshal. When Sam for safety reasons collects all the guns, Mason beats the dangerous Blonde to death when he resists. Sam in turn kills Manolo, who was going after Mason.

It’s a character-driven B-western, with lots of action. 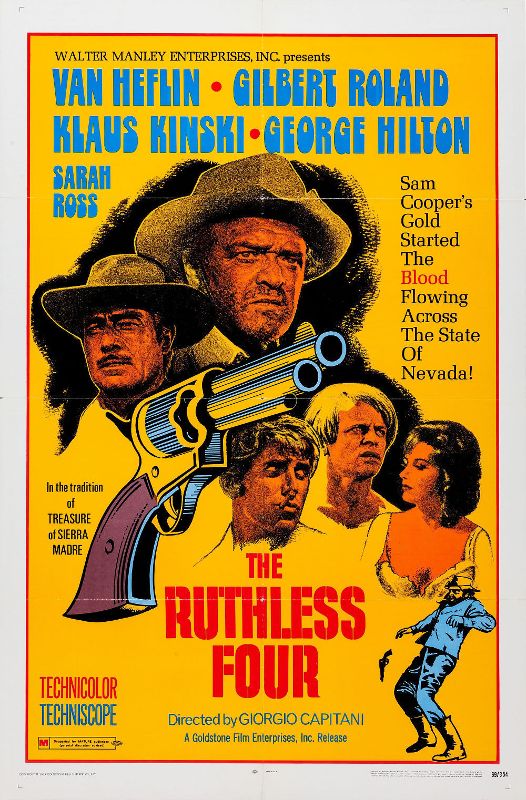