I only know for sure that this is a revenge type of film and that it plays much like many a classical Western, but is shot in the ’60s style of “Point Blank” and is scripted by Lem Dobbs. I also know that a limey is a slang term for a Brit and that he is played with a bravura performance by Terence Stamp. Stamp is so good with his fiery blue eyes, intimidating tone, and hollowed cheekbones jutting out from his intense face, playing an ex-con who we only know as Wilson. He is a 60-year-old, just out of the can in England after doing 9-years for armed robbery. We see him, as the film opens, on a plane from London to Los Angeles coming over to find out how his daughter Jenny (Melissa) died while he was imprisoned, not believing for one moment she died in a car accident…but is certain she was murdered.

The story frequently goes from what Wilson is thinking to some flashback to some future thing he wants to do, therefore the time sequence is often confusing. But what remains riveting is the single-minded purpose Wilson has, as he tries to understand what happened to his daughter through his conversations with two of her friends. One is the middle-aged acting coach Elaine (Warren), who tells him his daughter says she considered her father to be a ghost in her life. The other is the burly, heavily tattooed Mexican-American, Eddie (Guzman), who felt sorry for her and as an ex-con, himself, identified with Wilson, and therefore he writes him in prison about her suspicious death.

From that prison info Wilson tries to find out what happened to his daughter through a trucking business that is gangster operated, and the conversation with the surly men there takes a more violent turn resulting in the typical crime film rub out scene. The only thing of interest here is that you have this elderly guy going after these younger hoods and you can’t help feeling that when he kills them, that they got what they deserved.

If there is supposed to be a deeper meaning than revenge in this very titillating feature, it is hard to say what that deeper meaning is unless from all the garbled cockney sayings by Wilson this is a film about what the meaning of one’s life is. He is a senior citizen who certainly had plenty of time in prison to give that question adequate thought.

In any case, this film seems to be all style and that style is wonderful. It is also a film about nostalgia, as it brings back haunting memories of a time that was intermixed with hope and confusion. The ’60s are dismissed here as only being what happened in 1966-and in early- 1967, and that golden “hippie” age is further reduced to a few golden moments of feeling free through the promising new music arriving on the scene. At least this is the view of Peter Fonda, who plays Terry Valentine a wealthy rock music promoter, the supposed reason for Wilson coming to America. He was Jenny’s boyfriend when she died and is Wilson’s prime suspect as her killer. Fonda is a slick manipulator who now has a few palatial homes and enough money to be thought of as a big-time operator, though there seems to be some trouble in his paradise as he is laundering dirty money for drug dealers and is constantly looking over his shoulder at what trouble lies ahead. He is very convincing as a slime-ball and I liked peeking into his closet, which is bigger than most people’s apartments. He lives in an ultra-modern house, located atop a hill. He has a splendid pool and a beautiful panoramic view of L.A..

Steven Soderbergh (Sex, Lies, and Videotape/Kafka/Schizopolis/Out of Sight) has a way of making quirky films that border on the mundane, but offer promises of much more. In this film he engages several intriguing possibilities: he has his two major stars, Fonda and Stamp, who were both born in 1939 and both played innocent anti-hero types in the ’60s — Fonda as the biker drug dealer in “Easy Rider” and Stamp in “Billy Budd.” In addition, Stamp had a role in 1967 as a thief called Wilson in the first feature by Ken Loach, “Poor Cow”. These by-plays to the film add some questions to what went wrong with the ’60s. It seems to ask in the film, how does Wilson end up doing hard time in prison for robbing the ticket office of a rock concert while Valentine remains stuck in a time warp making big money by still packaging that same music! He is also still going after beautiful young girls, this time replacing Jenny with another live-in beauty, Adhara (Amelia). Fonda has crossed the line of innocence in the drug scene by becoming a party to the big-time criminal aspect of the drug business.

Wilson and Valentine square off with each other when Wilson visits him in his Los Angeles canyon home and meets his entourage full blast. The first one Wilson meets is Fonda’s shady lawyer and adviser (Barry Newman) who is paid to protect him from the unseemly side to his business. The lawyer’s first attempt to get the uninvited Wilson removed from the party results in his security man being fatally thrown down the canyon. There is also a colorful hit man that the lawyer hires to get Wilson, Stacy (Katt). He is someone in love with his image of being a hit man, who has the funniest joke in the film even if it is tasteless: “What is the smartest thing to come out of a woman’s mouth?” Answer. “Einstein’s cock.”

The film-goer gets a lot for his price of admission: a great performance by the actors, a pleasing revenge film with all the usual action sequences, plus a twist in the plot to keep the viewer further enthralled. It’s a film that has all the techniques of the French New Wave filming style, with jump cuts and a fast-moving camera to keep the viewer guessing what’s coming next. The viewer also gets the promise that this baby has something wise to say, which it appears to be on the verge of saying at times; but, I would say, it is safer to believe that this film is style over substance; and, in this case, that is not all that bad. 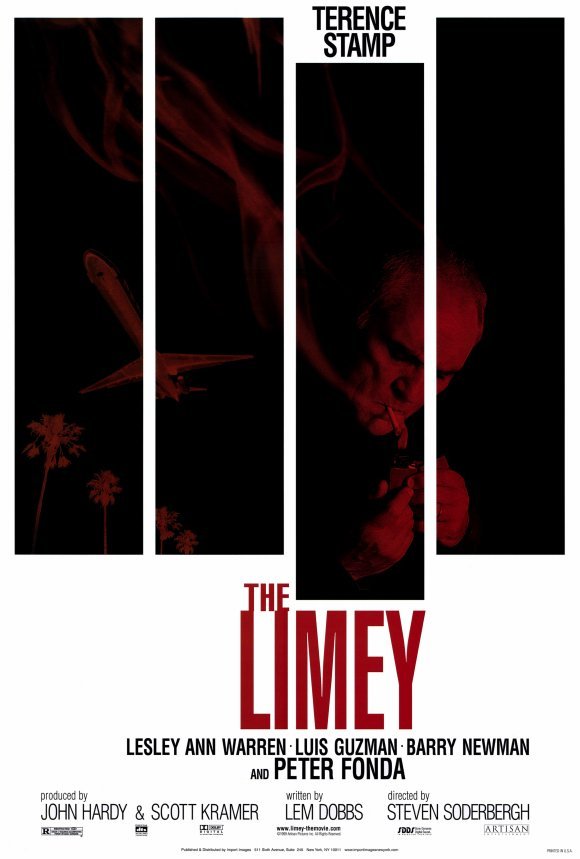