A woefully inept 1960’s student rad pic that even makes The Strawberry Statement seem hip. Its veteran liberal filmmaker Stanley Kramer(“Ship of Fools”/”The Defiant Ones”/”On The Beach”) is at his self-righteous worst, directing a film he’s not capable of at this stage of his career that’s filled with empty statements about the generation gap and the aims of the student protestors. The film is worsened by Erich Segal’s useless script, the ham-fisted acting and the risible direction. This embarrassingly pitiful pic is Hollywood’s answer to the student revolution of the late 1960s, as it foists on the public Stanley Kramer’ dated and unperceptive old-fashioned unintentionally laughable camp liberal pic.

The 53-year-old Puerto Rican, Spanish Harlem raised, liberal, anti-Establishment, popular sociology professor and author of several social science theory books, “Paco” Perez (Anthony Quinn), is appointed by the board of trustees of a fictional NYC university, obviously meant to be Columbia University, as the new acting president because they believe he can handle student demonstrations spurred on by a coalition of white and black students. They are led by its white radical leader Rossiter (Gary Lockwood) and black leader Dempsey (Paul Winfield). Though Perez accepts nine of the demands, there are three that call for the students co-running the university with the administrators that are not accepted. The radicals are shown to be irresponsible, foul-mouthed and intractable, as they refuse to compromise and take over the administration building housing a valued computer. Perez’s ego is hurt that the rads ridicule the once popular professor as out of touch with the youths and that his hottie much younger grad school wife, Rhoda (Ann-Margaret), says he’s a lousy lay and throws her lot in with the protestors. When informed that Rossiter threatens to destroy the school’s new two million dollar computer, Perez reluctantly calls in the police and their insensitivity provokes a bloody riot. The trustees congratulate Perez for ending the take-over and the students boo him.

The result is an unconvincing radical pic that’s filled with babble and is simplistically played out with stereotyped solutions, that is made all the more unenjoyable because it’s plodding, miscast, dim and improbable. 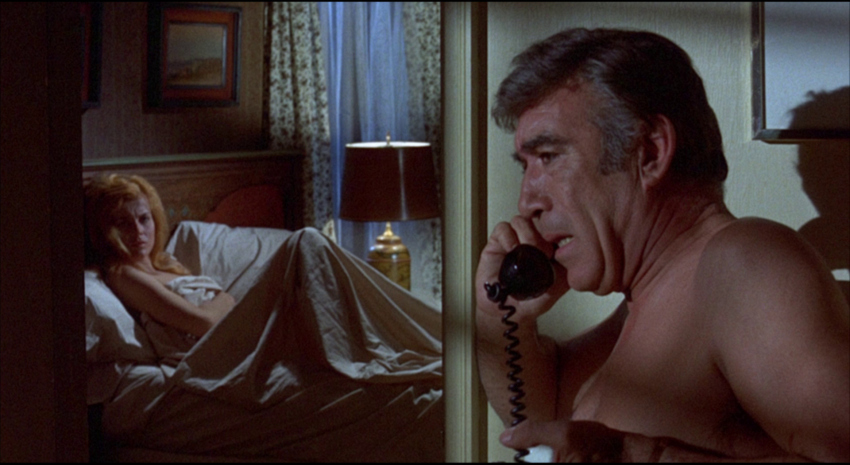