Mark Rappaport presents a mockumentary on Rock Hudson. Eric Farr, who could never be mistaken for Rock but nevertheless does look a little bit like him, narrates as if he was the Rock talking from beyond the grave, explaining all the hints there were of his homosexuality in his films if you looked for them and how he viewed his many heterosexual screen roles. It’s an outrageous look at the star’s onscreen and offscreen hints at homosexuality. The handsome movie icon and romantic lead died of AIDS in 1985 at the age of 59, and the world learned for the first time he was a homosexual. It was his official coming out-of-the-closet announcement, as all the rumors about him being gay were finally confirmed. The newspapers had a field day with this story. What Rappaport has done is piece together clips from around 30 of his movies, making them appear as if they were home movies. It compares his public image as a hunky actor with his private life and shows certain scenes in his films that support the fact that Hudson was indeed gay.

Rappaport camps it up and has some good-natured fun at Rock’s expense, as if he really would care at this point of his death. It’s a real hoot, as what emerges are scenes of male cruising and pointed allusions to Hudson’s gayness with co-stars Doris Day and Tony Randall that his movies of the 50s and 60s contain. What also emerges is a clear look at that period’s idea of sex. It’s mostly played for laughs but it also becomes serious when talking about disease and death in the movie clips, as they now have a new weight to consider since Rock’s death and the way he lived a lie all those years.

This one-of-a-kind movie is something special, and should please a limited audience of those willing to go along with the one-note film’s odd premise. The idea for the movie came from Rock’s real-life showing of so-called queer clips from his films at his gay house parties. Though the film gets mired in its premise and never moves on to greater things, it’s still worth a look because of its unique flavorings and tart humor. 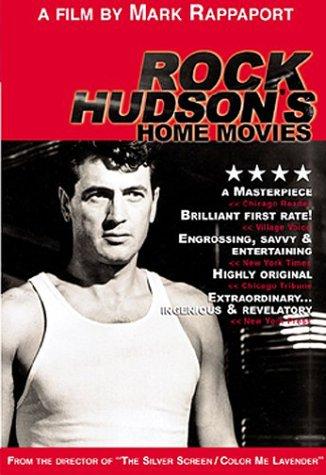