“A snappy B-film crime thriller from RKO that is only enjoyable because the story is so quirky.”

A snappy B-film crime thriller from RKO that is only enjoyable because the story is so quirky. Unfortunately, it is burdened with a convoluted plot and an undeveloped character study. Edward L. Cahn plays it safe in his direction, as he hints of a homosexual relationship between the two main criminals but fails to pursue that avenue of thought. There are also many scenes and situations that seem hokey and hardly credible, as the action not only looks fake but the actors seem to have no energy to even fake the scenes with some enthusiasm.

The film opens as a wise guy messenger, Jackie Wales (Clements), is on a movie date to see “Corregidor.” During the 5-minute intermission Jackie secretly leaves the theater and gets into a Cadillac driven by an unseen man and changes into his messenger uniform, where he’s driven to the luxurious private house of the wealthy Arthur Mansfield. Jackie shoots Mr. Mansfield dead when he answers the door and is driven back to the theater just as the intermission ends. Laura Mansfield, the victim’s daughter, attending college back east and home for a surprise visit, gets a distorted look at the messenger fleeing. At the police station she’s being questioned by Lieutenant Brewster (Flavin), who is holding her father’s business associate, Mr. Niles, as the possible killer because all the evidence points to him. Niles is someone who disliked Mansfield and could gain control of their mutual business empire upon his death, but Brewster doubts that he’s guilty. He only holds him in jail for his own protection, figuring the real murderer will also want to get him.

Laura is not satisfied with the police investigation and that they let the messenger she suspects in the lineup go. So she gets the messenger to date her, all in the hopes she can gather evidence to incriminate him in the murder. When she discovers Jackie has contact with the owner of the Vogue Nightclub, Armitage (Dekker), and he goes there to get money for his gambling debts, Laura hides her true identity and applies for a job as a cigarette girl and is hired by the silky smooth manager, Stretch Norton (Hatfield).

The story becomes cloudy when Alice (Dell), the girlfriend of Armitage but who really loves Stretch, learns that Jackie did the killing. Alice witnesses Jackie asking Armitage for more money for the hit and how Armitage in response plays the player piano loudly with the music of Tchaikovsky blaring away as he beats Jackie up — making for a bizarre sadistic scene.

Alice concocts a scheme with Jackie to blackmail Armitage by having him write a confession and letting her hold the letter, therefore if something happened to him she could mail the letter to the police.

In the many ensuing twists, it turns out that Stretch is the real boss and Armitage is only someone he hired to front for him. Laura doesn’t know this and falls in love with Stretch, who at one point said he hates women because he can’t trust them. With Laura in danger from the homicidal Stretch, Lt. Brewster comes up with a plan to trap the clever killer as this film noir ends in a conventional manner. 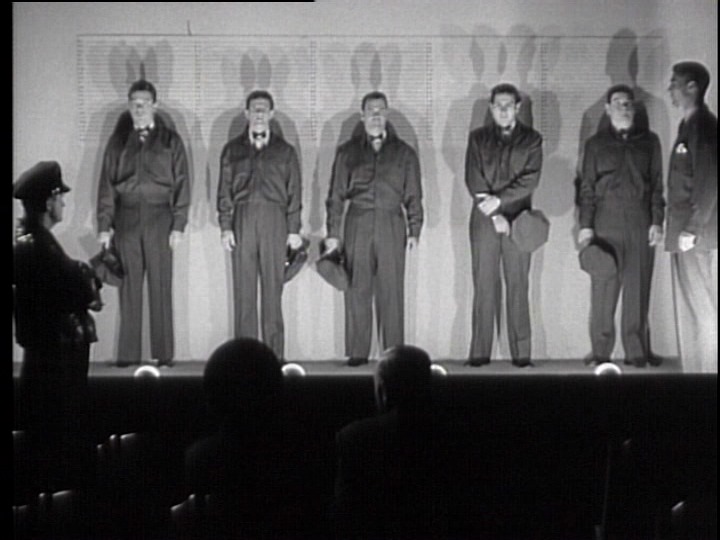