“Has its lighthearted moments that are pleasantly amusing.“

Andrei Codrescu was born in Romania. In 1966 he left that totalitarian communist country to live in Detroit and in 1981 he became a naturalized citizen of the United States. He’s a poet working currently as a National Public Radio commentator on the show “All Things Considered.” In 1992 Andrei took a 4,500 mile six week cross-country road trip, driving a cherry-red 1968 Cadillac convertible after learning how to drive from a driver safety course in New Orleans and securing a driver’s license. Andrei begins his trek from NYC chatting with a crack-head family of Haitians living in an abandoned building in the Alphabet City section and ends it in San Francisco, at the legendary Beat poet mecca called the City Lights Bookstore. The trip gives Andrei a chance to explore places in his adopted country he’s not familiar with, to examine how it’s ever changing, and to observe how freedom is so richly expressed in America through various beliefs and many diverse lifestyle trips.

In NYC’s lower East Side Andrei walks with a cheerful Allen Ginsberg, who tells him that Kerouac told him “The earth is an Indian thing” and gives the expatriate his blessing for going on another Kerouac-like “On the Road” adventure. Before leaving the city, Andrei has a hearty skirt steak with fellow Eastern European Jewish immigrants at Sammy’s Romanian Steak House and comments that in Romania the ordinary citizen could never expect such a feast. From there it’s a visit to Walt Whitman’s home in Camden, New Jersey, where on the opposite street is ironically located a jail. That’s followed by a trip to an upstate NY ascetic Christian communal sect, the Hutterian Bruderhof, that prospers in building children’s furniture and by its members living a simple utopian life without modern conveniences but without enduring poverty. There are numerous stopovers in places such as a decaying Motown (where abandoned Detroit institutions include the historic Motown studio and the original Henry Ford assembly plant) and to the bustling Chicago commodity pits, and in Denver a visit to a livestock show where genetically engineered cows compete to be beauty queens. In the Southwest the poet observes how a group of Taos Pueblo Indians try to maintain their traditions by living like their forefathers and also observes a group of Sikhs who prosper by running a security firm for government installations and bringing their community together for traditional religious ceremonies.

Andrei is cynical of the New Age types of crystal healers and self-proclaimed psychic channelers he meets in Santa Fe, the garish strips he comes across in the Southwest and Las Vegas, and he takes a wise-guy superior tone with eccentrics or hippies he seeks out seemingly just to mock them or make them the subject of cheap jokes. It’s a quirky personal film that hardly makes a dent in exploring the country or for that matter in how “the earth is an Indian thing,” but it nevertheless has its lighthearted moments that are pleasantly amusing. The travelogue road film observes that there’s much cultural diversity and freedom in the country, which greatly pleases our sometimes smart-alecky tour guide who knows first-hand that freedom is this country’s most valued asset even if Americans generally don’t seem to cherish it as much as recent immigrants.

Roger Weisberg (“Waging a Living”/”Critical Condition”/”Aging Out”) is director and producer, while Jean De Segonzac acts as co-director and cinematographer. 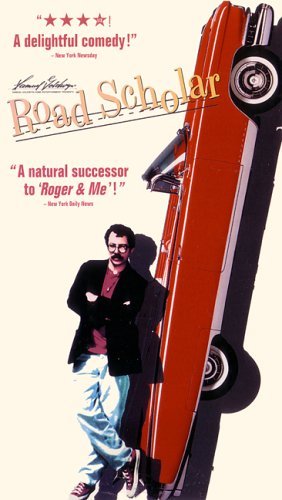