RICH AND STRANGE (aka: EAST OF SHANGHAI)

“Slight but pleasant film that has some of the Master’s later touches but disappoints more than it pleases.”

Alfred Hitchcock’s (“The 39 Steps”/”Vertigo”) early talkie attempt at comedy at the expense of a working-class surbanite London couple who come into money through an inheritance. It’s a slight but pleasant film that has some of the Master’s later touches but disappoints more than it pleases. What it lacks is Hitchcock’s trademark suspense. It’s based on the novel by Dale Collins.

Fred and Emily Hill (Henry Kendall & Joan Barry) have been married for eight years and have fallen into a dull life, with hubby despondent about his office job and low pay. Unexpectedly Fred’s rich uncle, who is still alive but dying, leaves him a huge inheritance to widen his horizons, and the couple travel to Paris then take a disastrous world cruise. The couple now have the money needed to mingle with the rich, but never feel comfortable in that social class. When Fred is constantly seasick and stuck in his cabin, Emily is escorted around the boat by the courtly and sophisticated world traveler Commander Gordon (Percy Marmont), a wealthy middle-aged bachelor gentleman land-owner. When Fred recovers he romances a phony gold-digging princess (Betty Amann). For added comic relief, Elsie Randolph plays an ugly duckling old maid who makes a pest of herself chasing after the elusive Commander Gordon and then Fred.

After the Princess tricks Fred out of his inheritance, Emily feels sorry for her poor schlub of a hubby and they reconcile. The couple can only afford to return home on a cargo boat, where they find themselves shipwrecked. They are rescued by a Chinese junk, and are more than content to be back home again in their simple suburban London cottage. The lesson learned is that money corrupts and one is better off to stay home and be yourself, even if you’re not always content with your life.

The comedy mocks the dull bourgeois couple to elicit laughs from their awkwardness, timidity and discomfort in climbing up the social ladder. It never comes down hard enough on their banality to have much bite, or does it paint the foolish couple in a sympathetic enough light so that I could care about them. They seemed like the kind of dullards I would consider myself lucky in avoiding. The film is not without a certain charm, but leaves no lasting impression. 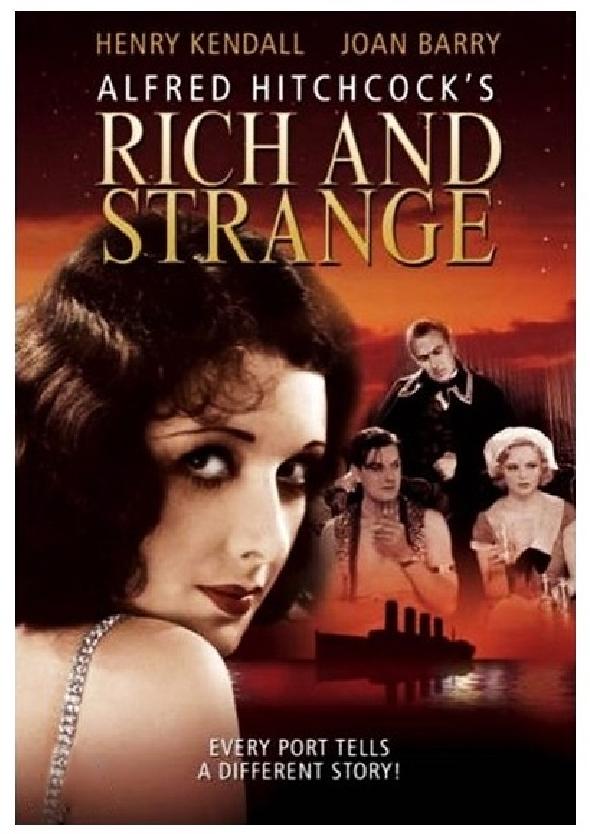