“Strange thought provoking arty drama about the fear of a nuclear war in an elementary school and the misguided use of civil defense alarm boxes.”

Indie filmmaker Frank Perry (“David and Lisa”/”The Swimmer”) directs this strange thought-provoking arty drama about the fear of a nuclear war in an elementary school and the misguided use of civil defense alarm boxes. The shrill message is that nukes are serious and war sucks big time.

It’s based on an actual event that took place in the rural Midwest that made the newspapers during the 1962 Cuban missile crisis. Lois Dickers writes the story that Frank’s wife Eleanor based the screenplay on.

It brings back laughable loony memories of nation-wide elementary school drills against a nuclear attack during the height of the Cold War. When the school’s civil defense air siren goes off and doesn’t stop, the nervous principal (William Daniels) errs on the side of caution (or is it insanity!) and has the teachers walk the kids home in different groups. We follow Mrs. Andrews (Nancy Marchand) walking her group of 6th graders home down a country road and is unable to tell her students if the alert is a drill or real. The kids sound off about how bad war is and some get hysterical. There’s six students who wait out their fate in a bomb shelter in the home of one of the student’s (Alice Playten). We also follow the hysterical Sarah (Marilyn Rogers), who is refused entrance to the bomb shelter because of lack of food and flees into a dumping lot and tragically locks herself in a discarded icebox.

I found its overwrought melodramatics a zany way to respond to the Cold War, and its heavy-handed scare messages a reminder of how the government can so easily manipulate the public over a real crisis. Nevertheless it’s a good reminder that the government seems to be up to its old tricks in its current War on Terrorism use of many ineffective scare policies. 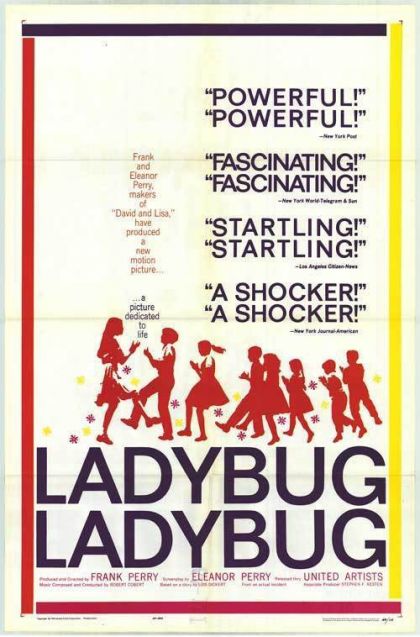