The title is derived from one of the Tarot cards from the Rider set. The cards are used to divide the story into chapters such as “Death,” “The Moon,” and “The Hanged Man.” There’s also a voice-over narration provided by the hero as he glides through his decadent life as if a ghostly traveler. Terrence Malick(“Badlands”/”The Tree of Life”) is the writer-director of this lyrical experimental film of a hedonist, self-pitying Hollywood screenwriter, Rick (Christian Bale), who through various means of philosophizing and womanizing tries to free himself from his life of excesses and alienation to find love and his true self. It’s a journey of a haunted man who sells his soul to Hollywood’s superficial world of neon lights, strip clubs and swank pool parties. The life lessons he learns are as flimsy as the costumes for the Las Vegas chorus girls.Rick’s ex-wife (Cate Blanchett) is frustrated that his indiscretions led to a failed marriage; his married girlfriend (Natalie Portman) finds herself impregnated by him; his dalliance is meaningless with an exotic model (Freida Pinto); his Las Vegas escapade with hottie Aussie (Teresa Palmer) leaves him unsatisfied; and, he has his free-thinker girlfriend (Imogen Poots) tell him “We’re not leading the lives we were meant for.” Rick confers with his puzzled dad (Brian Dennehy), whom he has a strained relationship with. Dad angrily tells him “My son, you can’t figure your life out.” Rick also has piercing chats with troubled brother (Wes Bentley) and base talks with Hollywood deal makers. The 2 hour drama on self-discovery through suffering Hollywood style seeks to find out if its hero can remember the important life lesson about himself he forgot after arriving in Hollywood and swallowing its materialism. It results in a confusing, far-reaching and plotless personal Malick film, played out with high hopes by a celebrated Hollywood cast. Unfortunately, the storytelling is filled with too much intellectual posing for it to be as deep as Malick might think it is. 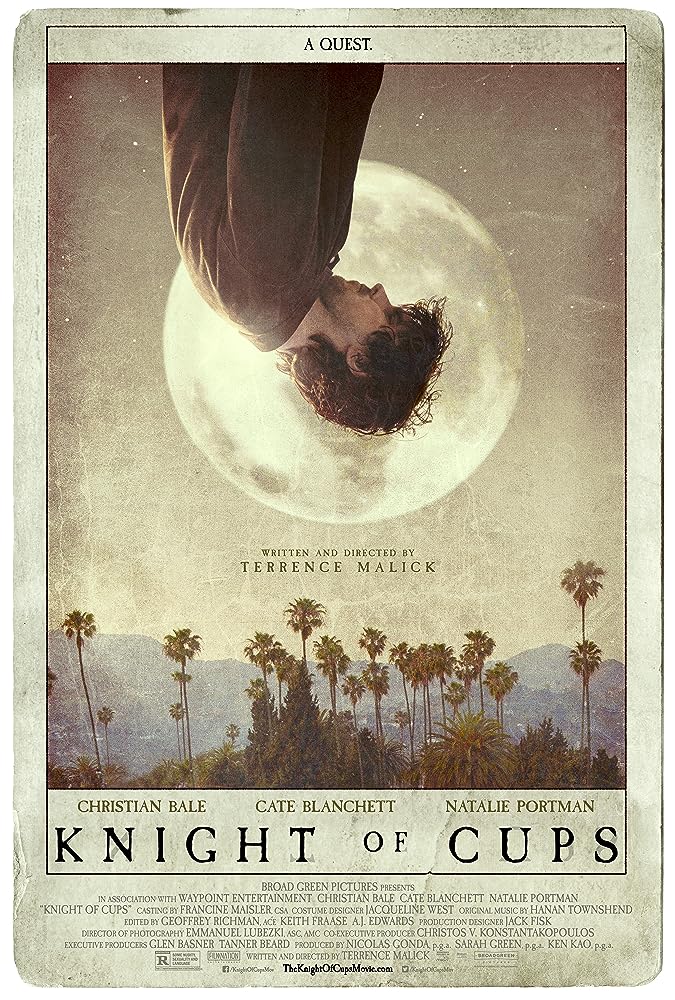