RAIDERS OF THE LOST ARK

“The popular action pic was a great commercial success despite its lunatic plot.”

The popular action pic was a great commercial success despite its lunatic plot. It was efficiently and deliriously directed by Steven Spielberg (“Saving Private Ryan “/”The Post”) in a way that was both hilarious and stylish. It’s also visually beautiful (filmed in Tunisia, France, England and Hawaii), and plays out as an homage to those old-fashioned serials with cliffhangers. But it brought on no emotional feelings of exhilaration despite its spirited effort. The adventure film was based on a story outline by George Lucas and Philip Kaufman. The team of writers included Gloria Katz, Willard Huyck and Lawrence Kasdan.

In 1936 Indiana Jones (Harrison Ford), an adventurous professor of archeology and an explorer with a history for getting into jams on the earth’s more exotic spots, and his sometimes girlfriend Marion Ravenwood (Karen Allen), the daughter of a world-famous archeologist, who is inexplicably running a seedy bar in a remote part of Nepal, have received a request from the United States Government to find the lost Ark of the Covenant before the Nazi archeologists can grab the invaluable artifact. It’s an occult treasure, a “magic box,”  greatly admired by the occultist Hitler, that is recognized for being the original stone tablets of the Ten Commandments as handed down to Moses by God.

Its current importance is because: (1) it gives magical powers to those who possess it. (2) it’s ”something that man was not meant to disturb,” being that it’s ”not of this world” and, (3) it’s ”a radio for speaking to God.”

The pair fly to Egypt believing the Nazis are about to uncover the Ark in a long-buried temple called the Well of Souls. Before reaching the dig, however, there are dangerous happenings in Cairo that must be dealt with, including attempted assassinations, a successful kidnapping and a fate worse than death for Marion at the hands of a renegade French archeologist named Belloq (Paul Freeman).

With all theses exciting things to resolve, we finally get to the conclusion, whereby the powers of the Ark are demonstrated in a dazzling display the adventurers can take pleasure in recovering for the good guys to put it safely in a museum.

It’s a good film, especially for children, who should get off on its simple-mindedness and its wild story. 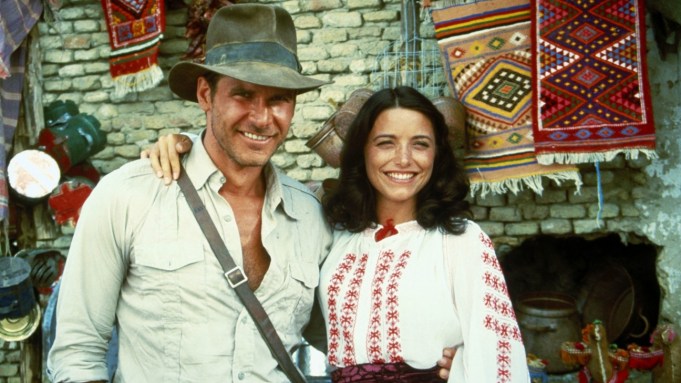