MY VOYAGE TO ITALY (Il mio viaggio in Italia)

“A don’t miss one for so-called film buffs.”

Martin Scorsese (“Kundun”/”Raging Bull”/”Gangs of New York”) acts like a film school professor in this heartfelt documentary that shows his love for Italian cinema, their profound influence on him and his easy-going ability to communicate this love to others. The engaging personal film is a don’t miss one for so-called film buffs and for those who realize how important it is to experience cinema’s history so they can better comprehend and enjoy modern cinema.

Scorsese, who comes from a working-class Sicilian immigrant family, tells us that he is “neither an Italian nor a Hollywood filmmaker,” but as a child in the 1950s he began his love affair with cinema by watching on the family’s 16-inch black-and-white RCA Victor TV set, in his Little Italy apartment in NYC, the neorealism films of the great Italian directors such as Rossellini, De Sica and Visconti, during the postwar period in the late 1940s, and these films became his major influence. Later on, he watched Fellini’s I Vitelloni (1953), which he asserts was an influence on his masterpiece Mean Streets.

The film is loaded with film clips of a number of classic Italian films from little known directors like Alessandro Blasetti, earning his rep in the 1930s and early ’40s for his epics and being the forerunner of neorealism, to the acclaimed artistic director Michelangelo Antonioni, who earned his rep in the 1960s for films on modern man’s alienation.

Though there’s nothing new in this 4-hour production, it nevertheless seems fresh and Scorsese’s enthusiasm and vast knowledge makes this a marvelous achievement. Films like Luchino Visconti’s “Ossessione” and “La Terra Trema,” Roberto Rossellini’s “Paisan” and “Open City,” and Vittorio De Sica’s “The Bicycle Thief” and “Umberto D.”, are covered in full-detail and Scorsese’s insights into what makes them poignant is worth checking out–even for those who are familiar with those classics. For Scorsese, there seems to be no greater director or influence on him than Rossellini, and his didactic lecture on him is priceless.

Scorsese and his writer collaborators, such as the historic screenwriter Suso Cecchi D’Amico, Raffaele Donato, Kent Jones and his regular editor Thelma Schoonmaker (the widow of great Brit director Michael Powell), make a wise decision to concentrate on just a few films (there are excerpts from about 30 films) and thereby give themselves the time to go into detail about the chosen film’s story line and the artful way they were shot. I thoroughly enjoyed everything about this movie, even its length. 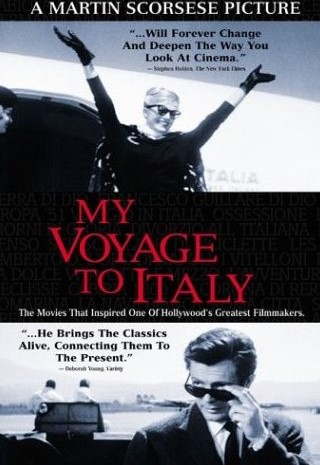