QUICK AND THE DEAD, THE (TV)

Robert Day directs this disposable made-for-HBO western (shot on location in Arizona and set during Custer’s slaughter at Little Big Horn) that has Sam Elliott play Con Vallian. He’s a mysterious gunman protecting the westward bound homesteading McKaskel family, Duncan and wife Susanna (Tom Conti and Kate Capshaw), and their impressionable young son Tom, from a ruthless gang of eight. It’s based on the Shane-like story by Louis L’Amour; James Lee Barrett is the writer. Though the performances are of quality the plot is routine and the moral lessons are bogus. The film is all about Sam Elliott playing a good guy and a cad rolled into one character, who is there for the family but also, at the same time, is making a play for the attractive Susanna and trying to break up the family.

The bowler wearing Doc Shabitt (Matt Clark) is the psychopathic gang leader who believes the McKaskels will be easy to rob. Doc has his eyes on their two beautiful horses tied to their loaded wagon, gang pervert Red has his eyes on Susanna, while the rest of the gang salivate over stealing the mules and their possessions–thinking the transplanted eastern schoolteacher might even be carrying gold. The gang has visions of looting, rape, and murder dancing through their ugly minds.

When Duncan tries to retrieve his stolen horses from the gang, Vallian rescues him from an ambush by killing two gunmen–including Shabitt’s son. The gang follows the fleeing family and the experienced gunslinger Vallian acts as the family protector, but he also makes Duncan look like a weakling in front of his wife.

The story moves along the back trails, with the gang in hot pursuit. One gang member is a half-breed Black Foot named Ute, who led a raiding party against Vallian’s Indian mother’s tribe and killed her. Predictably, the gang is vanquished one by one until the final shootout. The greenhorn family under Vallian’s tutelage learns how to watch their back in the wilderness and fight off their foes. A more sure of himself Duncan tells his guardian angel, “You made me angry…you embarrassed me, but there’s a kindness to you.” My kindness to the film is…the less that is said the better. 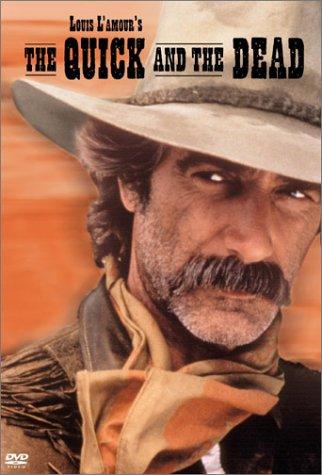