A semi-biography of octogenarian puppet master Li T’ien-lu, who is considered a “national treasure” by Taiwan, as he tells his own story off-and-onscreen in a relaxed style. He recalls episodes in his life and tells how he survived the hard times of living in a Japanese colony. His story chronicles the years from his birth in 1909 until 1945, but the story actually starts in 1895 with the treaty of Shimazaki signed by the Manshu government. It tells the history of Taiwan that signaled the end of its feudal period and led up to the end of the Japanese occupation of Taiwan during WW 11, as seen through the eyes of Tienlu and his grandfather. This is the second part of a trilogy (City of Sadness-89/Good Men, Good Women-95) that the director has made of Taiwan in the 20th-century.

The film mostly covers the Japanese occupation and how the film’s protagonist worked as a puppeteer and used his skills as a folk artist to survive. It’s a fictionalized history (mixing the real with the invented) and uses other actors to portray the hero at different times of his life; it’s told in the formal style of the ancient Chinese ways of storytelling. Its vibrancy is in the filmmaking skills of master director Hou Hsiao-hsien, whose slow moving pace and long takes accent his minimalist style of directing.

The film includes some wonderful puppet performances that are interspersed with shots of the gorgeous landscape, which looks much like Chinese landscape paintings. It is, indeed, a beautiful and well-made film that is modern but feels ancient. It’s a multi-layered film with complex topics involving family life, individual aspirations, and living under an enemy.

There are certain scenes that register in a way reading a history text just can’t. For instance the Japanese officers coming to his grandfather’s house and ordering the males in the family to cut their pigtails, as he gives them free tickets to the opera. It visually captures the mood of the family and shows how most locals felt about their captors, more so than words could ever have.

The story follows how the young boy was asked to join a touring puppet show when his beloved grandfather died and his stepmother abused him. His father agreed to the arrangement as long as he received the money Tienlu earned. He was allowed to keep the money for himself when his father decided to dump his grandmother on him, after three relatives died when she moved in with them. It seems Tienlu was immune from her death rays, as he was born under a lucky star. Instead, she soon died.

As Tienlu matured he became skilled as a puppet master and raised a family and also had a courtesan mistress who worked in the Cherry Garden brothel. Tienlu was able to juggle both women while constantly traveling in a troupe. During the occupation he got a good deal from the Japanese officials and worked for them by putting on propaganda plays as head puppeteer, where he also learned how to become more politically adept at dealing with his situation.

The film winds down as the Japanese occupation ends. The final scene shows a downed Japanese plane that was sabotaged by the locals, who scavenger it for parts. They also beat up the Japanese military police because they burned the rice they had in storage before leaving the country. The locals wouldn’t have done this if the occupiers gave the food to the hungry people. Tienlu tells how he stopped the beatings by telling them that the Japanese chief said they did it because the rice turned black.

Hou’s film is a work of art that deliberately studies the gray in between the black and white political messages, and presents a film made for cinema purists that is tough to watch but gets better the more you think about it afterwards. It’s a personalized history lesson that seems more honest than one that tries only to be objective, as it has a passion about it that is genuine and far-reaching. It also blurs history between the individual and society, which seems the correct way to get a read on what happened. It’s a beautifully photographed film that is of special value for its intellect and creative way of filming but is, nevertheless, a tough film to honestly say you enjoyed it totally. 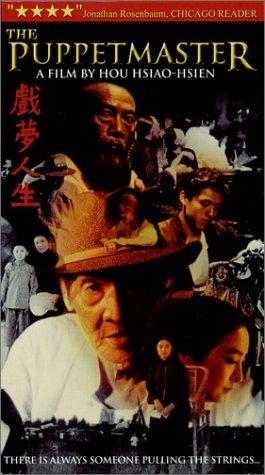