Belgian helmer Joachim Lafosse (“Private Madness”) presents a well-conceived, understated and nuanced dysfunctional family drama. It’s cowritten by Lafosse and François Pirot. The static camera action ably captures the family turmoil and the increasing tension that is getting out of control. The convincing, well-acted drama, ends on a note of guarded optimism that the family can pick up the pieces from the wreckage and find a way to move forward without injuring each other further.

Pascale (Isabelle Huppert) is a supportive middle-aged divorcée living in a restored farmhouse on the Belgium countryside with her twenty-something twin sons, Francois and Thierry (Yannick and Jérémie Renier, real-life brothers). She supports them by working full-time. The bad affects from the divorce that bitterly divided the family are still apparent, with the more caustically outspoken and brutish Thierry closer to dad and his more quietly angry and introverted brother closer to mom. Luc (Patrick Descamps) is Pascale’s ex-husband, who is remarried and with a newborn baby. Though treated with contempt by Pascale, he gave her the house but is not allowed to visit his sons there. The twins visit dad and he generously gives them money. Thierry is a student at the local university, while Francois’s passion is keeping up with the house renovations. Both boys are still childish and spoiled, refusing to accept adult responsibilities. They still live at home and depend on mom for support. Things change for the worse when Pascale, suffocating in the house’s stagnant atmosphere and kept on a leash by her selfish sons, informs the boys she fell in love with their Flemish farm neighbor Jan (Kris Cuppens) and wishes to live with him. Her dreams call for her to sell the house and open up a B&B with Jan. The kiddies have a hissy fit over this, acting as if they were her parents and she needed their permission to make this move, which upsets her so much it drives her away from the house. While living together on their own, a fratricidal war tragically takes place.

It premiered at the 2006 Venice Film Festival. 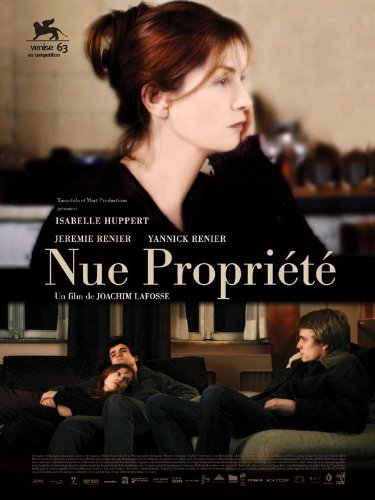