A ham-fisted biopic about the astute 19th century British politician Benjamin Disraeli. Produced by Britain’s Teddington Studios for Warner Bros. It was filmed at the beginning of WW11 and Disraeli’s cunning is favorably compared with Britain’s present leader Winston Churchill, as a bit of war propaganda was afoot. This is especially evident as Prime Minister Disraeli and Kaiser Bismarck (looking like Stalin and acting like Hitler) meet at an 1878 conference in Berlin over the Turkey problem. Disraeli has mobilized the army secretly in India and is prepared to defend Turkey from the czar, as he plans to honor his treaty with Turkey. Through staging episodes in the Victorian statesman’s long and distinguished career in strokes much too broad to have a dramatic impact, it tells how Disraeli sought acceptance as a political leader and outlines some of his major accomplishments. Unfortunately, it was so awkwardly done that tedium and a spotty history lesson prevailed.

It opens in 1832 and a young and dashing Benjamin Disrael (Sir John Gielgud) hitches a ride with the pretty widow Mary Anne Wyndham-Lewis (Diana Wynyard) in her carriage after his bicycle breaks down. They visit the elderly prime minister’s house, Lord Melbourne (Frederick Leister), for an afternoon tea party, where Melbourne urges him to become a politician because England needs him in these troubled and riotous times. Socialite Mary Anne is an avid reader of his books and talks the brilliant foppish literary figure into seeking office, and hooks him up through her connections (her late hubby was a member of parliament) with the Conservative party leaders. He wins a seat in the House of Commons and marries Mary Anne. In his first speech he’s openly derided, but soon he turns out to be a spellbinding speaker. His career is tied to the love for his wife, who is also seen as his best friend, adviser and comforter.

After his election Disraeli does not get the position he seeks, but tells Mary Anne he plans to stay in the party and force out his rivals Gladstone and Peel. That he does, as they become Liberals. In 1868 Gladstone becomes prime minister. In 1874, when Gladstone tries to repeal the income tax to favor the industrialists he’s challenged by Disraeli. In a vote of confidence, he defeats Gladstone and soon becomes prime minister. He takes office only when he convinces a young Derby (Owen Nares), a future leader of his party, to take a foreign ministry cabinet post, as he says a split in the party will not allow him to rule effectively. Mary Anne talks Derby into taking the post, as she meets with him in his home over tea.

Disraeli postures for democracy and love of country being greater than his ambition, and in the most involving scenes plots to outfox the evil designs to conquer the Balkans of the Prussian kaiser and the Russian czar. As a reward for his service to his country Queen Victoria bestows a title on him and the good people outside Buckingham Palace sing “God Save the Queen.”

The narration too hurriedly skips over events, as Disraeli suddenly goes from a jaunty young man to a tired old man walking with a stoop in 1868. Sir John Gielgud begins to ham things up the older he gets, while the other characters speak in a stilted tone that makes their earnest orations painful to digest. The film fails to do justice to a great figure in England’s history. But what is most amazing, is that it never mentions that Disraeli is Jewish. 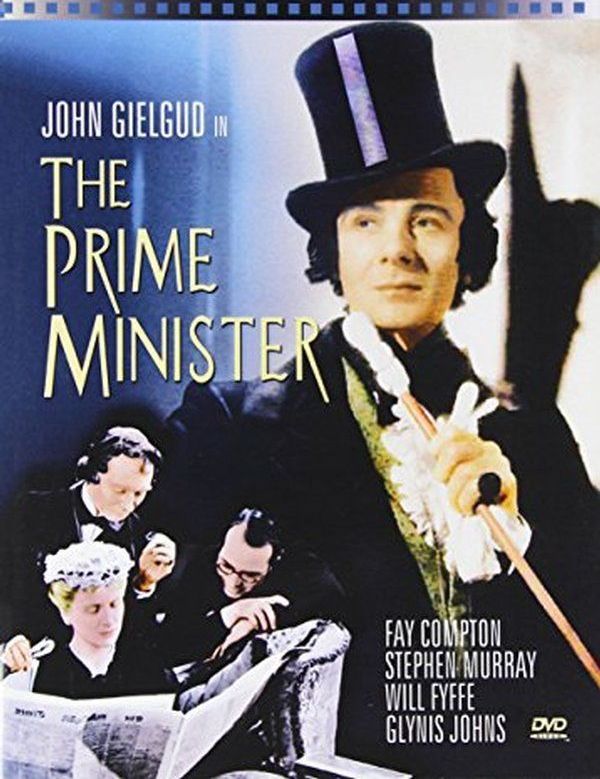