“It is a precious film, though parts of it may not be pleasing or decipherable.”

Pola X is by the 39-year-old French director Léos Carax (The Lovers on the Bridge), who is noted for being an inspired madman. It is adapted from Herman Melville’s 1852 novel Pierre (Pola is the acronym of the French title of Melville’s novel, X stands for the tenth draft of the screenplay which writer/director Leos Carax completed). It is a film about madness and excesses, topics that are always fuzzy to portray on the screen. It’s set in modern France though it starts out looking like a romantic 19th century literary work. The location is an idyllic country setting in Normandy, consisting of palatial chateaus void of modern traffic. We know it’s modern times only because the protagonist rides a motorcycle and uses a computer.

The story is about a pampered, handsome blond young man, Pierre (Guillaume Depardieu, son of Gerard), a wealthy upper-class egotist who has written a best-selling mystery novel under the pseudonym Aladin and lives in his deceased diplomat father’s chateau with his mother Marie (Catherine Deneuve).

Pierre has a very open relationship with his attractive, controlling mother whereby they closely confide in each other keeping no secrets, addressing each other intimately as brother and sister, and where he feels free enough to converse with her while she’s taking a bath. Their relationship appears to be either completely innocent of any sexual deviation, or perhaps is an incestuous one.

Pierre’s girlfriend is his wealthy, attractive, blonde cousin Lucie (Delphine Chuillot), also a child of an aristocrat, living in close proximity to him in a chalet. They are soon to be married, and their love is brimming with the joy of a storybook romance. Just returning from doing a stint on the Chicago Stock Exchange, is his best friend and cousin, Thibault (Laurent Lucas), who shows in him a satanic jealousy streak. He wants Pierre’s woman. At one point of the conversation between Pierre and Thibault, he refers to them as “the three inseparables,” but the other two don’t seem to share that same feeling.

Pierre is stalked by someone he mysteriously only sees through the shadows. But he has dreams about this mystery person being very important to him. When he encounters this ghoulish looking women dressed as a peasant, after chasing her down with his motorcycle, she goes into a monologue about being raised in the woods and that she’s the secret child of his father’s. It turns out she’s an eastern European war refugee named Isabelle (Katerina Golubeva), who claims to be his half-sister. He suddenly decides to leave Lucie and give up his wealth to live as lovers with the impoverished Isabelle, who is distinguished by her straggly long brown hair falling over the side of her face so that she is never clearly seen. She becomes his muse and his destroyer. They also bring along with them to Paris an eastern European vagrant mother with her little daughter. They stay for a while in the Hotel Ahab, located in a seedy part of Paris, where Pierre plans to write another novel using his new found truths he found locked up in himself. But when the young girl is killed after telling a passer-by that he stinks, Pierre and Isabelle make arrangements to live in seclusion among a group of terrorists and guerrilla theater musicians in a huge warehouse in the outskirts of Paris.

This is a unique film, that has an inexplicable brilliance that defies reason and overcomes its soap opera melodramatics. It is a precious film, though parts of it may not be pleasing or decipherable. But there is an intelligence it has that should overcome all doubts about its excesses: as the film goes from showing Pierre’s change from a self-indulgent aristocrat to being a self-indulgent raving lunatic. 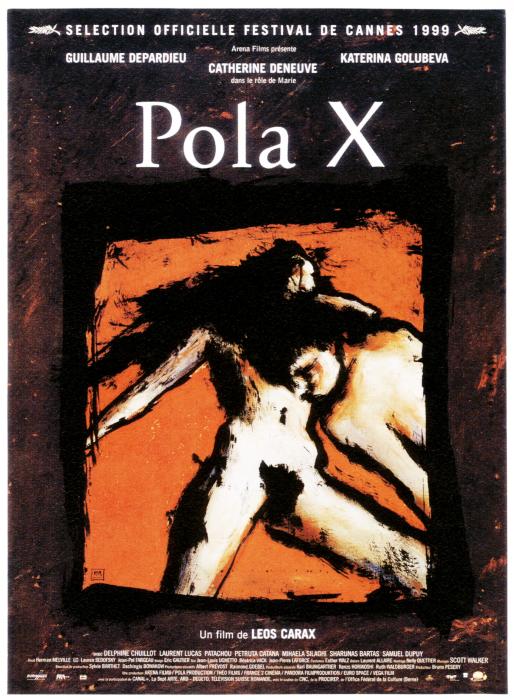