Writer-director Sacha Guitry(“Pasteur”/”The Story of a Cheat”/”Napoleon”), a noted actor and playwright, who inspired the French New Wave, makes a delicious amoral black comedy, shot in B&W, on how to get away with killing the wife you detest. It was finished in around nine days, as all the scenes were done in one take. An inferior but more successfully commercial American remake in 1966 was entitledHow to Murder Your Wife and starred Jack Lemmon. Lemmon might be good, but he’s no Michel Simon.

The 53-year-old horticulturist, Paul Braconnier (Michel Simon), in the Catholic provincial village of Remonville, where divorce does not take place because of religious reasons and there dwell a bunch of busybodies, has been unhappily married for the last 30 years to his 52-year-old alcoholic, slovenly, ugly, fat, battle-axe wife Blandine (Germaine Reuver), and talks bad about her to everyone, including the strait-laced genial vicar (Jean Duvaleix). One day Paul listens to arrogant Parisian criminal attorney Aubanel (Jean Debucourt) boast on the radio that he just got his 100th guilty murder client acquitted and never lost a case. Paul treks to see him in his Paris office, where he stealthily gets the lawyer to give him a foolproof plan on how to kill his wife whereby he won’t be convicted. By lying to the mouthpiece and saying he already killed his wife, Paul comes up with a terrific way to kill her as an act of passion rather than as a premeditated act by getting the lawyer to unwittingly tell him how he would do the crime. Paul returns home for supper and stabs his wife to death in the stomach with the bread knife, as gone over with the lawyer. By a strange twist Blandine bought rat poison in the chemists four days ago and poisons his wine, but since she was killed before hubby can drink it he gets away with a self-defense argument and is acquitted. The local shopkeepers are happy with the trial, as the sensational front-page story brings hordes of visitors to frequent their businesses from nearby Paris, and it comes at a time when business was slow.

The entertaining cynical story is lightly told and Simon and Reuver are a hoot as a hateful couple, and the narrow-minded provincial atmosphere is so perfectly recreated that it bemusedly shows how the locals side with the murderer as they no longer can discern between right and wrong–it also has a serious point made by Guitry, of how crime thrives because the public is made up largely of hypocrites and those who are blind to justice. 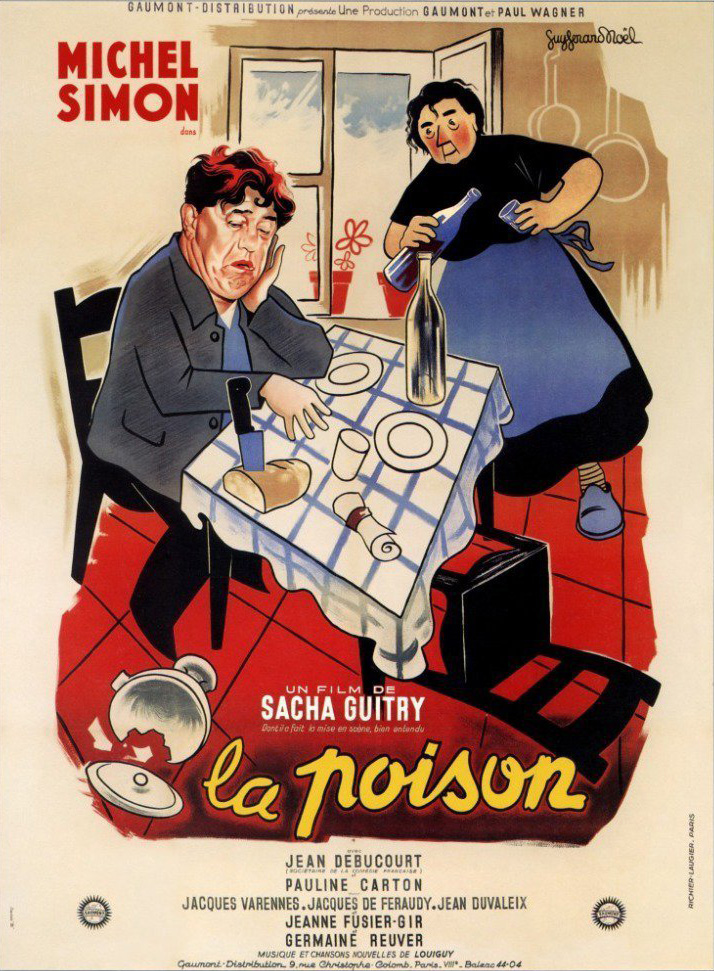