Jean Renoir(“Grand Illusion”/”Rules of the Game”/”Boudu Saved From Drowning”) directs this very early crime drama that prefigures film noir. It’s the first screen adaptation of a Georges Simenon novel. The film is confusing to follow (one reel was lost), but is engrossing because it creates a powerful dark mystery atmosphere. Pierre Rodin, the brother of Jean, plays the pipe smoking Inspector Maigret, who leads the investigation against a gang of dangerous jewel thieves. It involves the robbery of diamonds and the murder of a Jewish diamond merchant and his wife outside of Paris, which leads back to a sleepy crossroads town where there are three houses and a garage.

The prime suspect is a Dane, Carl Andersen (Georges Koudria), living at the rural crossroads, in one of the three houses surrounding a garage, with his seductive sister Else (Winna Winfried), the film’s femme fatale. Carl proclaims his innocence when the corpse of the robbery victim is found in his car. The case is too big for the local cops, so Paris inspector Maigret and his assistant Lucas (George Térof) arrive from Paris to investigate. After questioning everybody at the site, the wily Maigret, using the Sherlock Holmes method of deduction, suspects the sleazy gas station owner Oscar (Dignimont); the womanizing mechanic Jojo (Michel Duran); and the bourgeois Michonnet (Jean Gehret) of being guilty because they do not respond well to his questions, as the Inspector smells something fishy about the garage set-up.

It’s one of Renoir’s rarely seen talkies, and despite its crudeness is worth checking out. 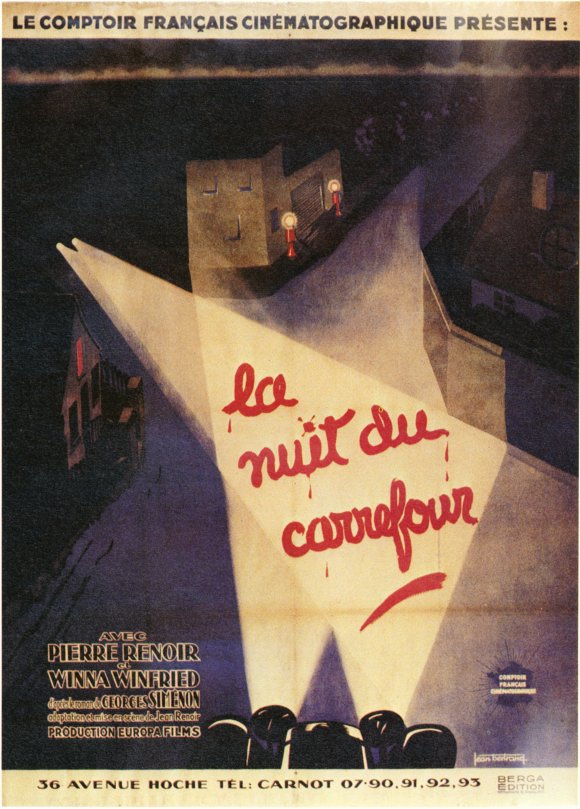 REPORT FROM THE ALEUTIANS