Stuart Rosenberg directs a friendly, shaggy-dog type of story. It’s a modern day western comedy based on the novel Jim Kane by J.P.S. Brown and co-scripted by John Gay and Terrence Malick. This is one of many collaborations between Rosenberg and Newman (“Cool Hand Luke,” “WUSA” & “The Drowning Pool”). It plays out as character studies in contrast between two cowboys with big dreams, the naive Jim Kane and the hard-living but slow-witted Leonard (Newman & Marvin). These two yokels are taken advantage of in Mexico when they team up in a cattle smuggling scheme to cross the border to Texas. Crooked rancher Garrett (Strother) does not pay Jim what he originally promised and the two down-on-their-heels drifters try to get home by using their questionable business skills to pull off a scam on the shady cattle baron, but the trail is an adventurous one–more than what they imagined.

It’s an actionless western, going against the tradition, that relies on its wry humor and an intelligent script and the brilliant atmospheric photography by Laszlo Kovacs to make this paper-thin plot work as the oddball pair stumble across Mexico. It was made at a time before being politically correct mattered, so keep an ear peeled for some slurs about Mexicans.

Though the film is not always fufilling it is so peculiar and doesn’t seem to care that it strays from the usual western, that therein lies its charm. 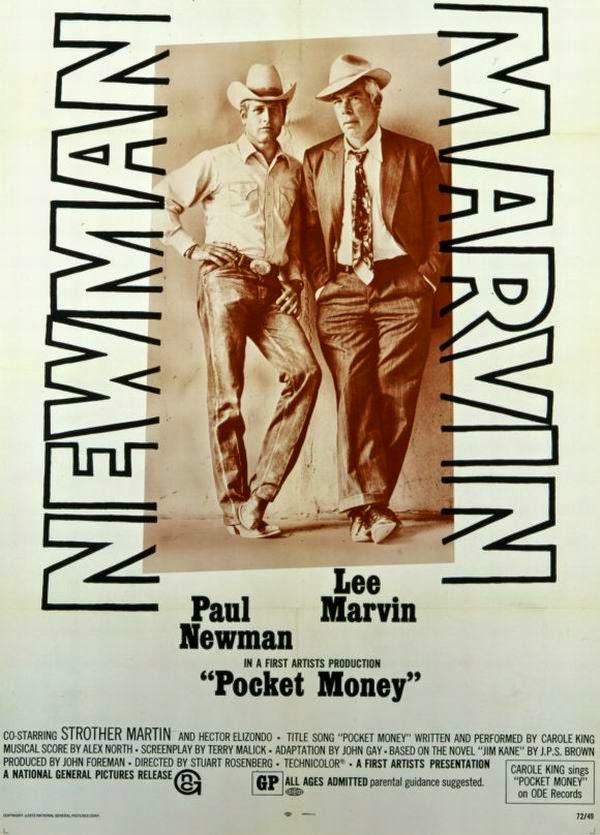