PRINCESS AND THE PIRATE, THE

A typical affable and middling Bob Hope comedy (lots of one-liners, mistaken identity gags and sight gags–plus Hope in drag), except this time it’s for MGM instead of Paramount. This means lavish Technicolor and production values. The story is by Sy Bartlett and the team of writers are Everett Freeman, Don Hartman and Melville Shavelson. It’s directed by David Butler (“The Road to Morocco”). Bing Crosby makes a cameo in a novel ending.

Bob Hope plays Sylvester the Great, a two-bit magician/actor on a ship “touring” the West Indies in the 18th century. Virginia Mayo is Princess Margaret, who is also on the ship. She’s a real princess traveling in disguise because she ran away from her father who will not allow her to marry the commoner she loves. The two are kidnapped by a ruthless buccaneer called The Hook (Victor McLaglen), who has an iron claw in place of his missing hand. Though a confirmed coward, Sylvester disguises himself as a gypsy woman and with the help of a pirate, the ships’s half-wit tattooer named Featherhead (Walter Brennan), is able to miraculously escape with Margaret in a dinghy. Featherhead lays on him the treasure map he stole from Captain Hook to some hidden treasure before they depart, with the condition he deliver it to his cousin. They arrive in the violent port town of Featherhead’s cousin, where they must wait two weeks because the cousin won’t return until then. To earn money Sylvester performs in a local cabaret. Soon Margaret is kidnapped by the corrupt governor named La Roche (Walter Slezak), who recognizes her as the missing princess and assumes Sylvester is the commoner she ran away with. Things get more dicey when it’s discovered that The Hook is the secret partner of La Roche and has arrived in the port town. Sylvester also discovers that the treasure map has been tattooed onto his chest. Feeling love for the woman he doesn’t believe is a princess, he acts to rescue her. The question becomes after he acts so bravely, is whether or not he will get the girl!

The film is helped considerably by strong supporting turns by Brennan, Slezak and McLaglen. 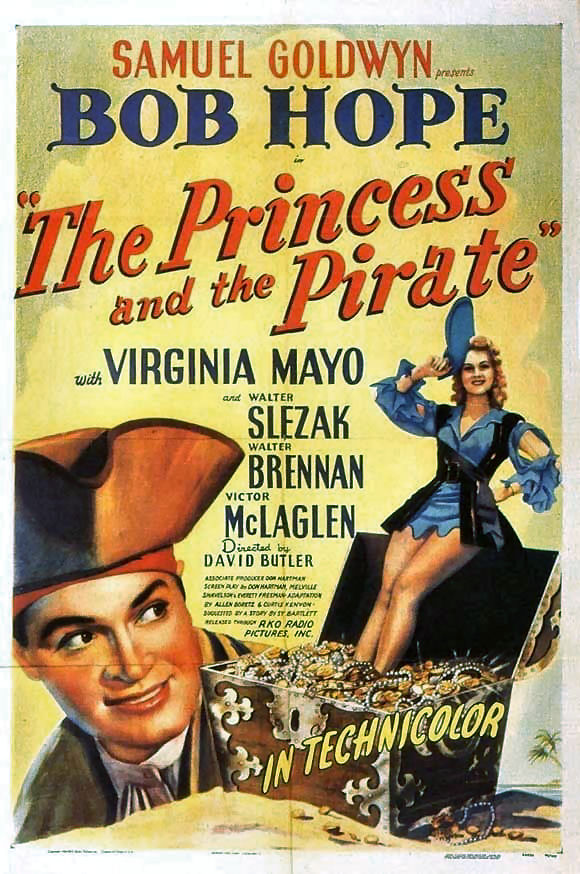