G.W. Pabst’s (“Don Quixote “/”Diary of a Lost Girl”) old-fashioned (even for back then) silent German overwrought melodrama stars the self-destructive American actress Louise Brooks. Brooks eventually received cult goddess status for this legendary role even though many of the early reviews dumped on her and the film was soon forgotten after its release only to be rediscovered and reappraised in the 1950s (film historians and the critic Kenneth Tynan writing in the New Yorker declared her performance brilliant–reinventing acting) and the film was now called by some a masterpiece through the efforts of her ardent new supporters. Pabst saw her in Howard Hawks’ “A Girl in Every Port” and arranged to get her to play the femme fatale Lulu in a film that compressed two of Frank Wedekind’s plays, “Erdgeist” and “The Box of Pandora.” The intelligent seductive beauty with the distinctive black cropped “helmet” hairstyle met with hostile criticism from the Germans who objected to an American playing their very own German tragic heroine, it was also not received well in America because of the heroine’s whorish libertine sexual lifestyle and the film suffered from being severely cut upon release–in the New York released version the death scene with Jack the Ripper is altered to have no Ripper and Brooks instead joins the Salvation Army. Brooks, rightly or wrongly, has become identified with her part of Lulu (she has even owned up to having a tramp nature similar to Lulu’s). In her later years, while living in Rochester and resurrected from obscurity by George Eastman House curator James Card, Brooks wrote her memoirs “Lulu in Hollywood.” What impressed me was that Brooks offers a brilliantly guileless performance, while under Pabst’s skillful direction the adaptation sparkles in a masterful way with atmosphere winning out over content.

Lulu (Louise Brooks) has been dancing in the sordid nightclubs of Berlin ever since she was a child, and has led a sexually active life. One of her admirers is the elderly sleaze Schigolch (Carl Goetz), her former pimp whom she now looks upon as a father figure. Lulu has since attracted the romantic interest of the the middle-aged bourgeois newspaper publisher Dr. Peter Schön (Fritz Kortner), who sports a monocle and is her sugar daddy. When she asks him to marry her, he refuses. The ambitious cad is engaged to the respectable daughter of the minister of the interior. But Lulu cunningly vies for his son Alwa’s (Franz Lederer) attention. With daddy’s approval that comes with a warning not to trust her, Alwa puts Lulu in as a star dancer in one of his vaudeville revue shows he produces. On opening night she seduces old man Schön backstage and they are discovered making it on the wardrobe floor by Alwa and the old man’s fiancée. Lulu reacts with one of filmdom’s great nasty looks of triumph, as they can only gawk. This humiliation causes Schön to be in a spot where he has to marry Lulu, which results in a wedding like no other on film. The bride gayly dances with her female lover Countess Geschwitz (Alice Roberts) and is receptive to her new stepson’s sexual advances. On the other hand, the bridegroom is in a foul mood and greets her back in the apartment by pressing a revolver in her hand and demanding she commit suicide. Instead, in the ensuing struggle, she kills him. At the trial, her stepson testifies in her behalf, but the prosecutor refers to her as the evil Pandora and she’s found guilty of manslaughter and sentenced to a five year prison term.

The soap opera tale continues with more fervor as Lulu is a fugitive escaping from the courtroom with a lovesick Alwa, who loses all his and her money gambling while they are hiding out on a gambling boat owned by a shady nobleman (Michael von Newlinsky). Lulu’s other admirer Rodrigo Quast (Carl Raschig) wants back the money he advanced her and wants her to be in a trapeze act with him, or else he threatens to turn her over to the German police for the reward. In a bogus attempt to help Lulu by the opportunistic nobleman, she narrowly avoids being sold by him as a prostitute to the owner of an Egyptian brothel, boasting of only the best foreign clientele, and finally ends up in London. On Christmas Eve she walks the foggy streets as a prostitute to support her garret companions Schigolch and Alwa, and passes by the parading Salvation Army to come upon her handsome trick–none other than Jack the Ripper–and he becomes her Thanatos. 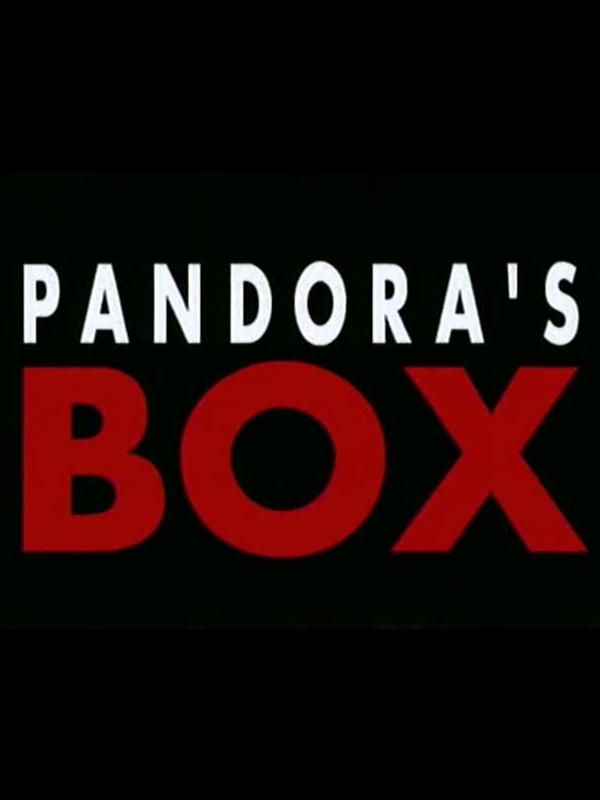