Mike Flanagan (“Hush”/”Oculus”) is director, co-writer (along with Jeff Howard), and editor of this tedious supernatural thriller based on the Hasbro game. It’s a sequel to the “original” version in 2014, a $5 million production that took in $104 million in worldwide box office. The prequel stands alone from the original. It’s set in 1967, in Los Angeles, and chronicles how the Zander family, consisting of a single mother and her two daughters, are running a fake medium scam out of their home to survive. When mom, Alice (Elizabeth Reaser), improves the scam by using a Ouija board game, following the suggestion of teenage daughter Lina (Annalise Basso) who plays the game with high school friends at a party, the nine-year-old Doris Zander (Lulu Wilson) becomes possessed after a malevolent spirit is released (a Polish-speaking entity-voiced by Doug Jones–that turns out to be a Nazi doctor). There are further horrors that happen to Lina, to her widowed mother and to Lina’s boyfriend (Parker Mack). Also caught up in the evil is the widowed school principal, Father Tom (Henry Thomas), who wishes to pursue an exorcism through the church. Though smarter and creepier than the original, the derivative film is still unconvincing, cheesy and its possession sequences are mostly unremarkable. 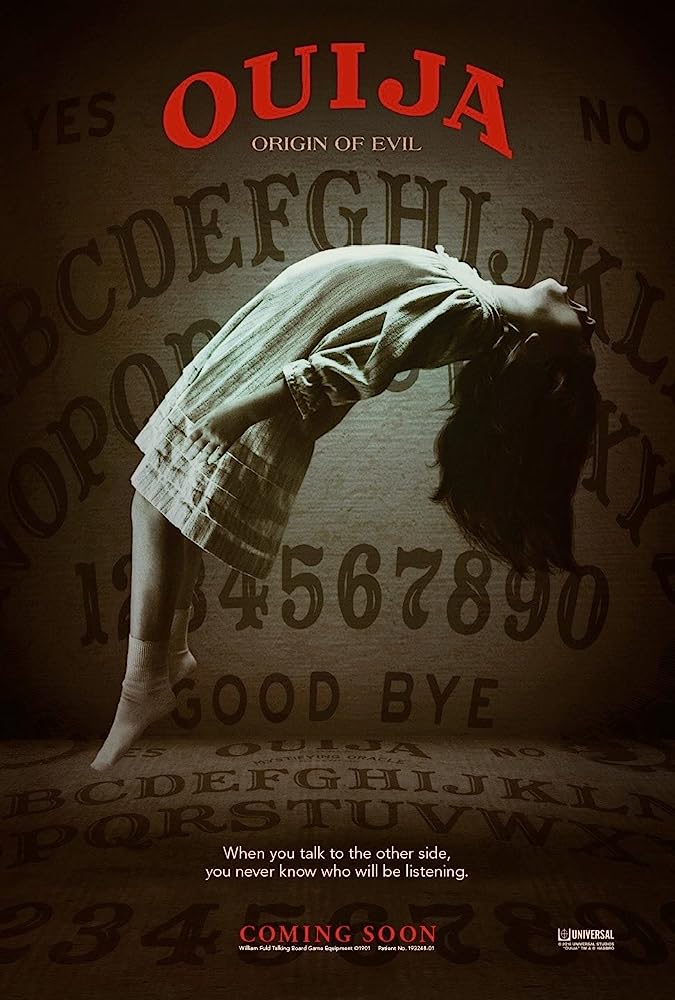