OTHER F WORD, THE

“The film’s twist is in showing the survival first anti-establishment punk rockers as awesome dads.”

A nicely packaged punk rock documentary about some top-flight LA aging bad boys turning forty and finding themselves fathers of young children and unable to still be the rebels they once were even if their music still rocks. It’s mainly seen through the eyes of world-weary lead singer of Pennywise, Jim Lindberg, whose anthem is “Fuck Authority.” The Southern California native, after nineteen years with the high-energy group, can’t handle the long tours on the road anymore and by the end of the film quits the band to stay home with his wife and three daughters and be a better dad rather than a better rocker.

The film’s twist is in showing the survival first anti-establishment punk rockers as awesome dads, something you wouldn’t expect if you judged them solely by their ‘in your face’ confrontational music that sounds “like a rock going through a window” or their appearance which calls for body tats, piercings and a weird look that makes them not fit into society or by their frequent use of the usual F word that’s not father. Though the pic leaves a good message about being a good parent being one’s most important job and perhaps the best way to make a better world, I still found myself not taken with how the dads handled not living a punk lifestyle they professed to onstage to their fans. If honesty and not money is what they say their music is about, something seems amiss by this deception–when it seems clear to me their music should have changed to what’s currently in their hearts before we can say everything is kosher.At the conclusion we’re left wondering if the punk rockers who hang on forever can’t help selling out and if forty year old men should still sing songs about jerking off. What the film failed to do was bring up the usual drug scene around rockers, the sex scene on the road, any interviews with wives or much else that is intimate that doesn’t have the rockers slobbering over being dads. 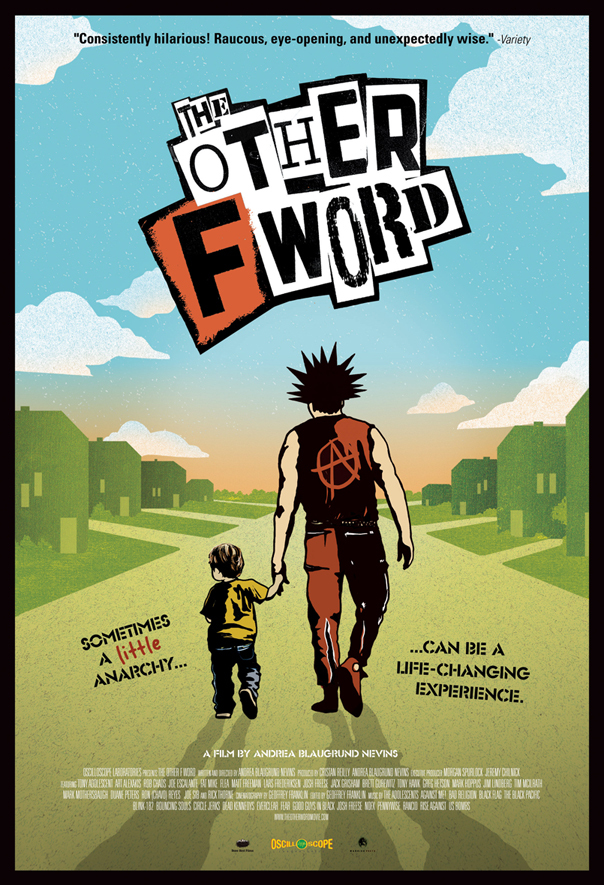