First time feature film director, the Canadian Frankie Gaddo, comes up a little short with this indie existential comedy drama, set in Ontario and in one sparse location. The small budget comedy never caught my interest with its story even if its strange humor did.

The young do-gooder wannabe social worker Siara (Jan Kamar), a sociology major in college, wants to save the world. Meanwhile she works as a barista at a local coffee shop, as she invites five strangers to sit in a circle in a bare small room as subjects for her problem-solving group. They are the lovelorn Eben (Mat Holmlund), the cynical older businessman Merel (Mike D. Smith), the adrift at school 16-year-old loner Janet (Olivia Grubic), the unhappily married Paul (Brent Baird), and the grieving over her dead cat elderly widow Beatrice (Caro Coltman).

They’re all babbling away, when Paul’s volatile wife Liza (Teresa Greco) barges in to abuse him. As Paul threatens her, she knocks him down with a chair. Everybody gives him their own suggestion of how to deal with Liza, after he says he will kill her.

The earnest Siara has seemingly lost control of things.

It seems all five characters need help with their personal problems, but are unlikely to get it here unless they work together to help each other out.

The idea the filmmaker has that it might be easier if people worked together to find solutions for their problems is promoted.

I understand the film had a good festival run, but it was too vacuous and contrived for me to take its premise seriously. 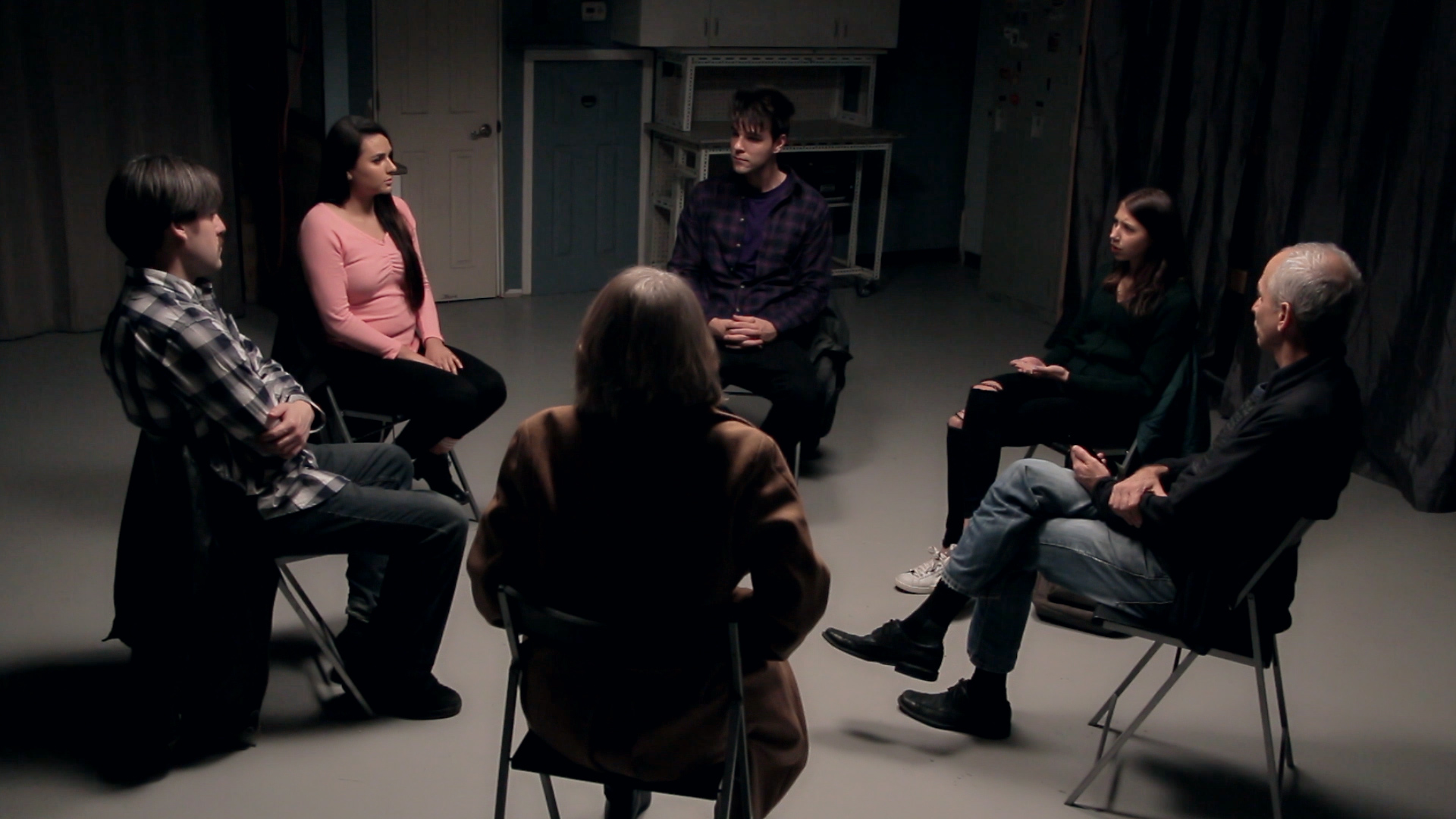 I COVER THE WAR