Sam Wood(“A Night at the Opera”/”Goodbye, Mr. Chips”/”Our Town”) directs this prestigious studio social conscious melodrama about shop girl Mary Turner (Joan Crawford) wrongly convicted of stealing from her wealthy store owner boss Edward Gilder (Purnell B. Pratt) and is sentenced to a 3-year prison term in New York. At the sentence hearing an upset Mary vows revenge on the boss. Mary studies the law as she serves her sentence and upon her release finds an apartment thanks to cellmate Agnes Lynch (Marie Prevost), next to her and her criminal friends Joe Garson (Robert Armstrong) and Red (George Cooper). The ex-con soon gets involved with them in activities that are barely legal such as embezzlement, blackmail, and larceny.

To get revenge on her former boss, Mary manages to marry his son Bob Gilder (Douglass Montgomery). Dad fails to get the marriage annulled and thereby transpires to get Eddie Griggs (Tyrrell Davis) to run a sting operation as an undercover man. Eddie gets Joe and Red to rob a valuable painting from Bob’s home, with the purpose of blaming it on Mary. When Mary learns of the plot, she informs Joe. Joe kills Eddie in the dark during the robbery and flees, while the police kill Red. Mary is arrested for the crime. When caught Joe confesses after tricked into it by the detectives during the questioning, as he doesn’t want the innocent Mary to be sent back to prison. Mary is freed, and learns to walk away from the past and make a new life with the man she now loves.

This is the fourth film version of Bayard Veiller’s hit play Within the Law, and Joan’s acting makes the only talkie version the best. It was also a big box office hit. 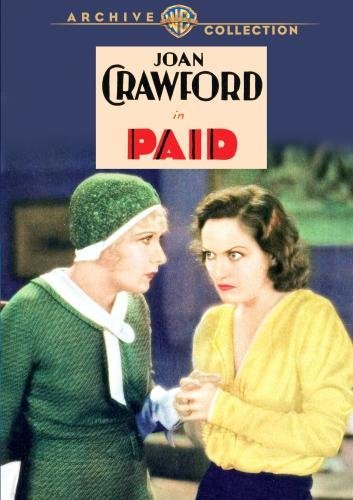