The second film of Belgium filmmaker Andre Delvaux (“Woman Between Wolf and Dog”/”The Abyss”/”The Man Who Had Cut His Hair Short”), known for fantasy sequences that incorporate “magic realism,” is based on a novella by Flemish writer Johan Daisne. It’s a strange and incomprehensible film, that reminds one of a Kafka novel.

Flanders dwelling Flemish linguistic university professor Mathias (Yves Montand) an insensitive rationalist is living with the beautiful French theater designer named Anne (Anouk Aimée), who feels alienated living in a cultural place that doesn’t accept her. On a chilly wintry day the couple have a quarrel, as Anne says he won’t marry her because marrying a French woman would hurt his college career. At the last minute Anne joins Mathias on his long train ride north to an unnamed region to address a university congress over linguistic matters. The couple nods off during the ride, with Mathias recalling in his dreams several meetings he had with Anne over the several years he knew her–including how they met in a church in Spain when she came out of the Christmas Mass and were together in London’s Rotherhithe quay. When Mathias awakens, everyone in his compartment is asleep but Anne is missing. Unable to locate her, the train stops in an unknown wasteland and a Protestant old man named Hernhutter (Hector Camerlynck) and a curious young former student of the professor’s, Val (François Beukelaers), get off the train to help the professor search for Anne. But the train without warning suddenly takes off and leaves them stranded overnight in the uninhabitable countryside. Eventually they find a nearby village, but there’s a language problem and they can’t communicate with those few they encounter in the menacing dark streets. In time they end up in a cinema watching a weird movie about floating bodies in the sky. After leaving the cinema, the hungry trio get directions to a back-street crowded hotel/restaurant/bar, but they can’t communicate with anyone there because they speak gibberish. Actually they were speaking Farsi, and maybe the reason for that language is that Delvaux was influenced by the Iranian Hedayat’s nightmarish novella The Blind Owl. Val is attracted to the hostess named Moira (Adriana Bogdan), and despite warned not to ends up dancing with a woman he can’t communicate with and has fallen madly in love with.

The slow-paced, melancholic heavily-laden symbolic film, intertwines the dream and real world whereby it is hard to distinguish one from the other. It glumly leads to a tragic nightmarish ending, of the accidental death of Anne in a train crash. It raises questions of idealizing women, the superstitious belief some have in God, the divide in Belgium over Flemish and French language and cultural issues, the sanity of existence, the inability of people to communicate with each other, the conflict of both loving and hating Belgium simultaneously and the uncertainty over death. It also evokes a metaphysical reinterpretation of the myth of Orpheus. 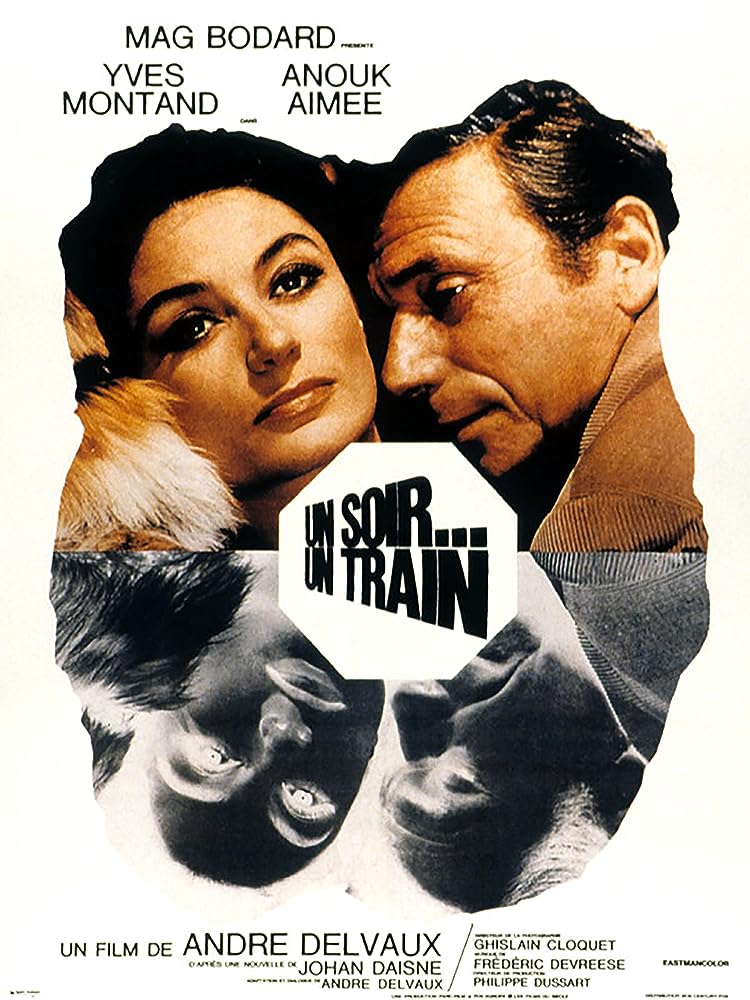