German émigré Ernst Lubitsch (“Monte Carlo”/Design for Living”/”The Shop Around the Corner”) helms this musical remake of his silent The Marriage Circle (1924). It was directed first by George Cukor under Lubitsch’s supervision, as ordered by Paramount before his contract was up even though Lubitsch was at the time shooting The Man I Killed. Not satisfied with the way the comedy portions were shot, Lubitsch re-shot the film and successfully sued to get full credit as director to Cukor’s chagrin. It’s based on the play “Only A Dream” by Lothar Schmidt and the screenplay is by Samson Raphaelson. It amiably follows along the tracks of the usual Lubitsch frothy boudoir operetta and is again about marital infidelity.

It’s set in spring, in Paris. Dr. André Bertier (Maurice Chevaller) and his wife of three years Colette (Jeanette MacDonald) are still happily married. Colette’s flirtatious school chum, Mitzi Olivier (Genevieve Tobin), visits and makes a serious play for André. He tries to resist, but in one of his many asides to the audience exclaims that he’s only human. When the Bertiers hold a dinner party, André switches place cards with Mlle. Marcel in order to avoid sitting next to Mitzi. Colette mistakenly thinks hubby is chasing after Mlle. Marcel, and it leads to the scheming Mitzy getting André to her apartment for some romance. Mitzy’s professor husband (Roland Young) hired a private detective to follow her and uses the infidelity to file for a divorce. To get even with André, Colette gets his best friend Adolph (Charles Ruggles) to admit kissing her and thereby in her eyes making the husband and wife’s infidelities equal. The couple then ask the rhetorical question to the audience, “What would you do?” Their answer is an embrace. 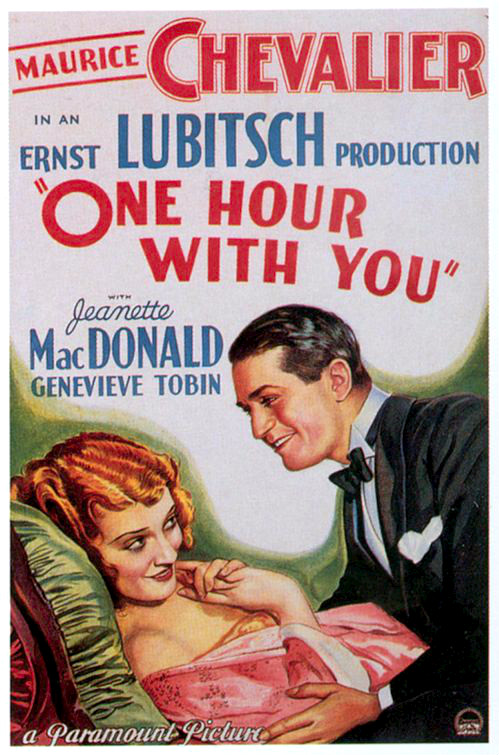