“Hard-boiled modern-day film noir that explodes on the screen with great force.“

Former black actor Carl Franklin (“Devil in a Blue Dress”/”One True Thing”/”High Crimes”), in his directing debut, has a winner in this hard-boiled modern-day film noir that explodes on the screen with great force. It’s cowritten by Billy Bob Thornton and Tom Epperson, with the former in a starring role.

A trio of coke-heads, Ray Malcolm (Billy Bob Thornton), Fantasia (Cynda Williams) and Pluto (Michael Beach), raid a few drug houses in LA and kill six and rob the merchandise and some $15,000 in loot. The LA investigation led by detectives Dud Cole (Jim Metzler) and John McFeely (Earl Billings) traces the killers through a video camera running at a party in one of the vic’s suburban houses and from a neighborhood snoop who identifies Ray’s car at the crime scene. It seems Ray has a legal guardian uncle in Star City, Arkansas, and the detectives are sent to the quiet rural town just in case he shows. The young family man chief of police, Dale (Hurricane) Dixon (Bill Paxton), of the hick town, is excited about being involved in the biggest case in his six-year career, and the energetic smalltown cop can’t stop naively talking like a hero worshiping schoolboy about getting in on the action to the sneers of the big city coppers.

The trio’s plan to sell the cocaine in Houston goes awry, as they murder a state trooper (Layne Beamer) who pulls them over in their car and then they murder their drug contacts who try to cheat them during the drug deal. Fantasia, whose real name is Lila Walker, returns home alone to Star City to visit her 5-year-old son Byron raised by her mom.

The suspense builds, as the volatile white killer Ray and the black psychopathic knife wielding killer Pluto, former jail mates, trek to Star City to pick up the drug-wasted but more gentle Lila, before the men decide to go different paths. Meanwhile we learn that the white chief of police knocked up the black Lila (she had a black mother and a white father) when she was only 17 and never took responsibility for Byron. It leads to a gruesome finale, where the violence is graphic and the outcome is unsettling.

This film makes no false moves, as it provides a rich character study, drops a few precious nuggets on racism, observantly delves into relationships and accomplishes a first-class suspenseful crime drama that drips with bloody fatalism. 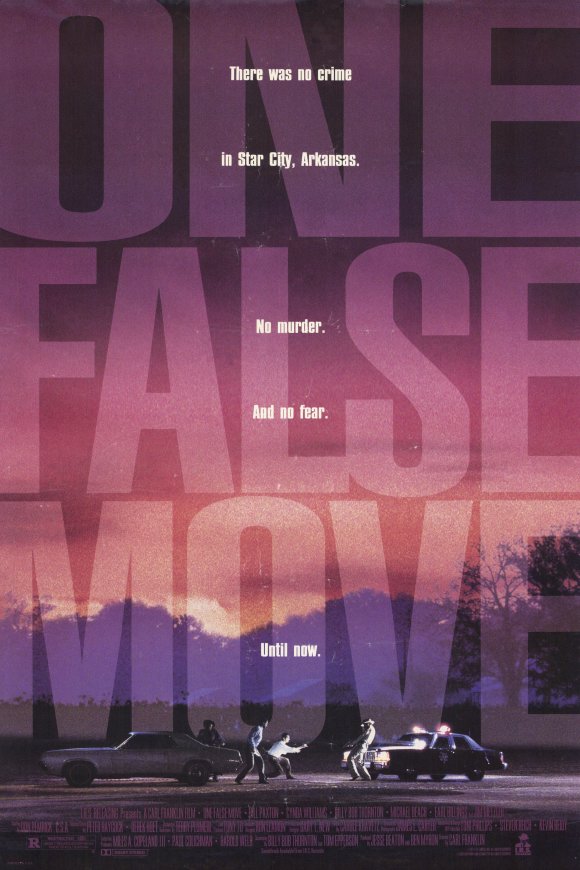