This is the feature film debut for 26-year-old writer-director James Ponsoldt. It’s a baseball drama/comedy that relies on Nick Nolte to not only hit a home run but pitch a shutout. He cannot carry the film alone even though Nolte is quite effective as a drunken mess (a role well suited for him, as who can forget that infamous mugshot!). His day job is in a junkyard when not umpiring high school games and at night he’s viewed as a sad figure who sits home alone with his dog slurping beer and watching baseball on TV till he falls asleep on the couch. The film is done in by its dreary and slight story, too many dead spots, predictability in its outcome, tear jerking sentimentality for a national pasttime that hasn’t been one for generations and a deadly lumbering pace. The film played at Sundance; it was filmed in Haverstraw, New York (meant to represent a small factory town anywhere in America).

Off The Black revolves around aimless teenager Dave Tibbel (Trevor Morgan) forming an unlikely relationship with the has-been temperamental, drunken and disheveled 57-year-old high school umpire, Ray Cooke (Nick Nolte), who made the call that Dave’s bases loaded pitch was ‘off the black’ and therefore called a ball which forced in a run so the kid’s team lost the playoff game. Dave and two of his high school pals that night vandalize Ray’s house and only Dave gets caught. Instead of calling the police, Ray has Dave return to clean up the mess in his yard and pay for the broken car window. It leads to the two spending quality time together and eventually bonding, something the kid can’t do with his real father. We learn that Dave’s photographer father Tom (Tim Hutton, was in Q & A with Nolte back in 1990 and now owns P.J. Clarke’s bar in Manhattan) raises Dave and his younger teenager sister Ashley (Sonia Feigelson) alone after his wife deserted the family two years ago (somehow we are led to believe she was a good mom, but no effort is made to explain her total absence from her children–something no good mom would ever do). Dad is too emotionally distant from the kids to be a supportive father, but he does love them. Ray we learn had a bitter divorce and has a son the same age as Dave, but the son has turned his back on him. To try and communicate with the son, Ray makes videotapes of himself in his umpire uniform and in a one-way conversation he tells his son how he spends his time.

The film slowly builds to Ray asking Dave to go to his 40th high school reunion and pretend to be his son, and in return his debt to him would be wiped clean. Before they go to the reunion they stop off at the hospital to say hello to Ray’s elderly father (Michael Higgins), who has Alzheimer’s. Dave posing as Ray’s son is recognized by his grandad but he doesn’t recognize his own son Ray. The reunion sparkles with the same kind of gentle humor, where all Ray’s classmates comment how the son looks just like his dad. The pivotal scene has Dave and Ray sitting on the porch and just chatting for about 15 minutes as they cement their platonic love; it becomes their chance to discover what it takes to be a son, a father and a man.

To have the irascible Nolte act as the surrogate father is a great move in casting. It’s just too bad the film, not without some charm and touching moments, couldn’t have been shortened further, because as it stands now what it throws at us is a little bit outside the strike zone to be effective. It’s saddled with too many possible subplots and characters introduced but not further explored. As a result, the film looks as if it didn’t deliver all it could have. The part played by Rosemarie DeWitt as Ray’s only friend we know of and the older woman Dave has a crush on, could have been eliminated and we wouldn’t have missed a thing. 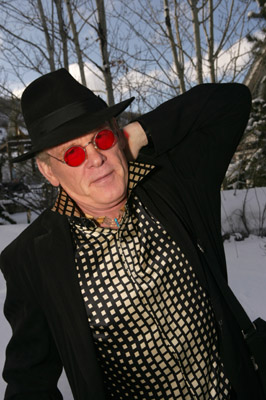