A trashy kidnapping actioner. Lawrence D. Foldes(“Nightstalker”/”Young Warriors”/”The Great Skycopter Rescue“) ineptly directs the B film, which is filled with unintentional laughs. It’s written without wit or purpose by Russel W. Colgin, Michael Engel and Don O’Melveny. It’s for those who like bad action films. You know who you are!

Central American Commie rebels, the San Felipe Anarchist Army, led by Estoban (Bruce Fisher), kidnap spoiled rich girl Christy Hansen (Claudia Udy) while she’s leaving her aerobics class in the States and pack her off to Central America. Christy’s the daughter of US Senator Hansen (Cameron Mitchell), someone targeted by the terrorists.

Christy’s privileged white teenage friends arm themselves with a bazooka, a rocket-launcher and machine guns and come to her rescue in a jeep driven from America. They go there because the government is unwilling to help (something about their policy of not making deals with terrorists). The rescuers include Steve (James Van Patten), Henry (Chad McQueen, Steve’s son), Eddie (Dean R. Miller), Mack (James Marcel), and Carla (Linda Blair). The combat inexperienced rescuers have their asses saved on the front lines by Bishop (Richard Lynch). He’s a flute-playing Nam vet who, of course, has a pet monkey named Pin (played by Rambo the monkey).

Unfortunately no one came to rescue this pic from wooden acting and an absurd storyline, which certain viewers can appreciate for being just the way it is and just the way they like their bad films. 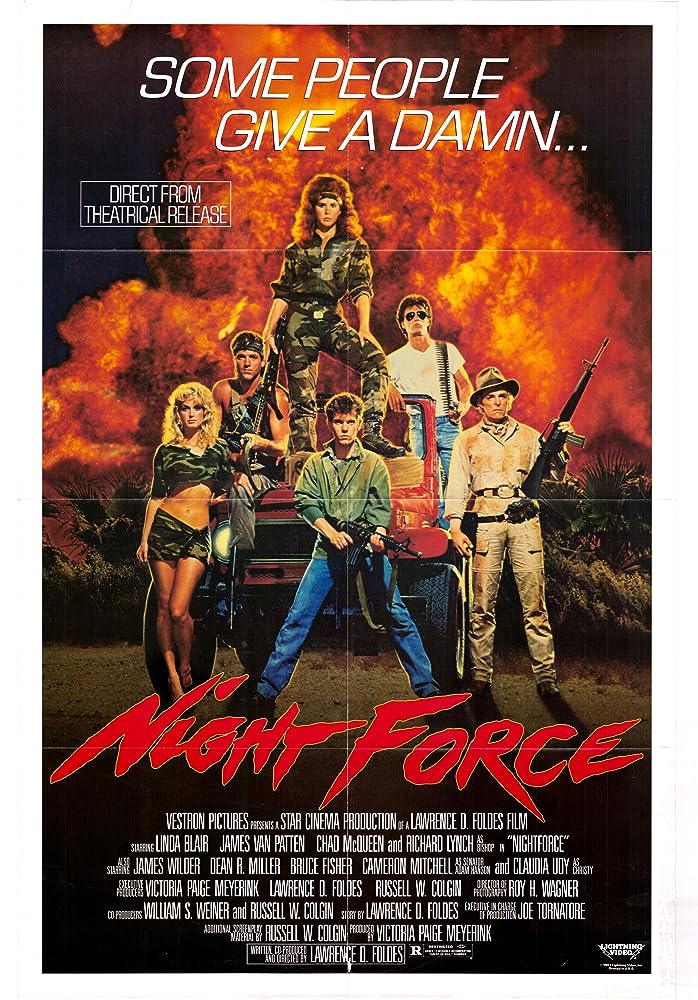