Moderately funny Harold Lloyd two-reeler, which was his last. Reminds one of Safety Last, with Lloyd dangling from a skyscraper. When Harold’s receptionist girlfriend (Mildred Davis) is told by her doctor boss he will have to let her go because of lack of patients, Harold brings him patients the illegal way and saves her job. But his girlfriend loves Roy (Roy Brooks) and accepts his marriage proposal. Harold is forlorn and tries a number of funny ways to try and commit suicide, but thankfully bungles all attempts.

That Lloyd did his own stunts, added to the thrill of his so-called thrill flicks (involving dangerous stunts).It’s directed by childhood friend Fred Newmeyer, and is written by business partner Hal Roach and Sam Taylor and a team of gag writers. 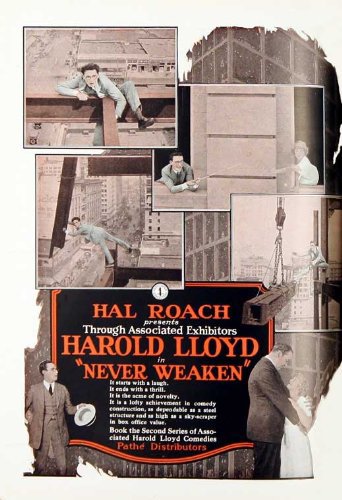