Supposedly the first film of Cahiers du Cinema film critic-turned-director Claude Chabrol (“Le Boucher”/”Les Biches”/”The Cousins”) and first French New Wave film (some say Jacques Rivette’s Paris Belongs to Us came first and some say it was Agnes Varda’s La Pointe Courte), though Chabrol’s made the first international splash. It was financed mostly by Chabrol’s first wife’s inheritance money. Influenced by Alfred Hitchcock’s Shadow of a Doubt, the glum melodrama is bogged down with a heavy-handed Christian allegory–presenting as its main psychological theme a transference between the two leads that leads to redemption by the birth of a child and the possible death of an old man on the same evening. The film tries to say there’s something humanistic about the loyalty of friendship through thick and thin and of helping a friend in need no matter the demands. Chabrol didn’t work out his film-making kinks until his next pictures, and leaves this b/w shot one without the director’s usual fine touches, more subtle story telling and engaging dramatic twists. The pic was shot on location in the village of Sardent, in Central France, where Chabrol spent the war years. It paints a painstakingly bleak picture of provincial life, as one that traps its residence into mediocrity and lethargy.

Young drop-out theology student François (Jean-Claude Brialy), suffering from TB, which doesn’t stop him from smoking, returns from living the rich life in Paris as a businessman for a few years to get some therapeutic rest during the winter in his quiet provincial hometown of Sardent. Unable to stay in his parents rundown house, he becomes a boarder with the innkeeper Mrs. Chaunier (Jeanne Perez). François encounters his former best friend Serge and is heartbroken to learn the gifted potential architect has become the hopeless town drunk and has taken on a surly personality, treating his pregnant wife Yvonne (Michèle Méritz) with contempt and his best friend with outbursts of rage. We learn Serge turned nasty when his wife gave birth to a still-born mongoloid son, and that filled the depressed truck driver with self-pity and a self-loathing and a need to be drunk. The unpleasant Serge blames everybody but himself for his misery, and the mediocre priest (Claude Cerval) can’t reach him, his equally miserable father-in-law Glomaud (Edmond Beauchamp) becomes his drinking buddy and the village is viewed by Serge as a sterile place to live and get spiritual comfort. François’s meddling are rejected by all the concerned parties, as he begins a dead-end romance with the promiscuous and incestuous 17-year-old sister of Yvonne named Marie (Bernadette Lafont) who made love to Serge and has an ongoing affair with her father. But François, urged by the priest to leave this hopeless place, stays on and gets redemption when Yvonne goes into labor and he’s the only one around to trek through the snow to get the doctor (Jean-Claude Brialy) out on an emergency call on the outskirts of town for the heart attack stricken Glomaud. 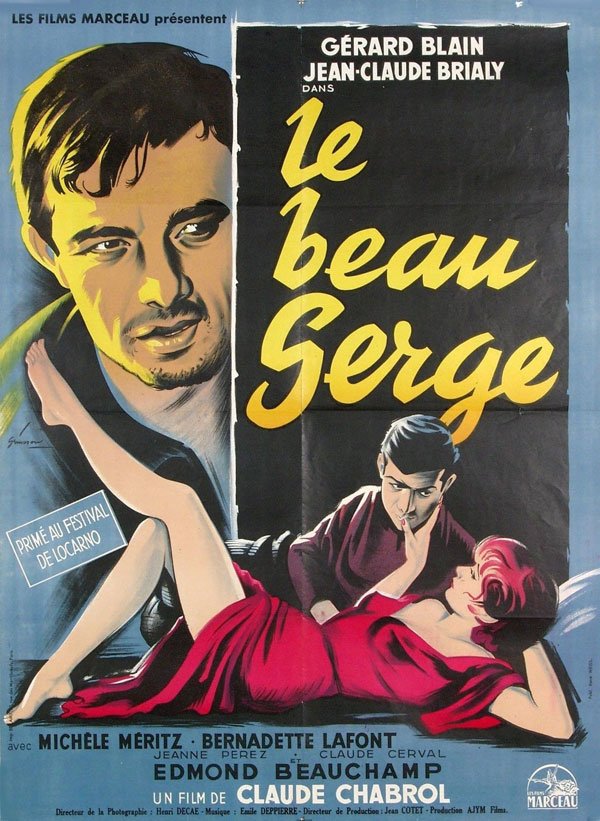