An uneven black comedy directed by Peter Medak(“The Changeling”/”The Krays”/”The Ruling Class”). This was his directorial debut. The story is based on the novel by Peter Everett, who co-writes the script with Roger Lowry.

Theo (Peter McEnery) lives with his moody girlfriend Vivien (Glenda Jackson) above his tacky antique shop in London that he inherited from his dad (Maurice Denham). The couple are into role playing and on Sunday afternoons they dress up as Dr. Crippen (the Edwardian Bluebeard) and Ethel La Neve (the mistress). The couple rent a room to a bisexual German part-time photographer named Reingard (Diane Cilento). When she tells Theo he resembles the German World War I air ace, Baron von Richtofen, he takes it to heart and buys a vintage Tiger Moth and keeps the plane on the roof.

The pap pic has these three oddballs indulge in their sexual fantasies over historical characters. It’s a fun watch because it’s carried off with such glee, just don’t expect any help from the story getting to any significant psychological meanings and be prepared to see how much you like the film when it turns ugly. 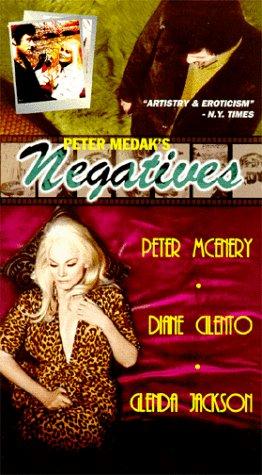