“Honestly comments on Iran’s poor, its criminal element and those society has marginalized.”

Rakhshan Bani-Etemad (“Off-Limits”/”The May Lady”/”Baran and the Native”) directs and cowrites with Fereydoun Jeyrani a trite melodrama that nevertheless honestly comments on Iran’s poor, its criminal element and those society has marginalized. It presents a straightforward look at characters who live outside the confines of strict Islamic law, and who lead lives of desperation that are filled with false hopes. Bani-Etemad, one of only a few Iranian female filmmakers, uses the gangster genre to tell of a love triangle that provocatively examines the workings of Iranian society.

In the opening scene the youthful man Adel (Abolfazl Poorarab) and his much older woman accomplice Afagh (Farimah Farjami) have just committed a theft and are running through the crowded city streets to escape the police. When they come to a dead-end, they split up (which is used as a metaphor for what’s to happen in the film’s resolution). The winded Afagh is not spotted as she hides behind a pile of garbage, while Adel runs into the emergency room of the hospital. There he ingratiates himself with a poor family who are escorting their ailing father home, and by pretending to help he avoids the police chase and hops into a taxi with the father and his beautiful daughter Nargess (Atefeh Razavi) and rides home with them. He falls in love with the angelic Nargess, and becomes obsessed with marrying her. Since he’s an impoverished professional petty crook and unemployable with no job skills, he brazenly believes by marrying Nargess everything about his rotten life will change for the better. When Adel visits his estranged mother to broker the marriage, he’s rejected and called a bum. The aging Afagh fears losing her man, someone she is married to, and cunningly suggests that she pose as his mother to his bride’s family and in trade Adel agrees to see her on occasions and still partner with her in burglaries.

After being married for a month, the police track Adel down and arrest him. When they search his apartment for stolen goods, the naive Nargess is shocked to find out her hubby is a thief. But instead of divorcing him, she makes him swear to go straight and she helps get him probation after he serves two months in prison. When Adel tries to get a legitimate job, no one will hire him. This forces the insincere and selfish Adel to return to Afagh and his other comrade, the elderly safecracker/shopkeeper fence Yaghub, as he pines for one last burglary job and then for all of them to retire happily afterwards together to the south. In the end, Adel must choose if he’s willing to let go of that unrealistic materialistic dream and remain with Nargess as they struggle with trying to find a way to economically survive in such a harsh country that is saddled with an unfeeling bureaucracy and with a fundamentalist culture without losing their head over pie-in-the-sky aspirations.

Despite the theme being all too familiar to Western audiences, Bani-Etemad uses the pic as a vehicle to offer some sharp insights about the closed Iranian society and its treatment of women that few Iranian directors manage to get past the country’s strict censors. For that alone it’s worth seeing. 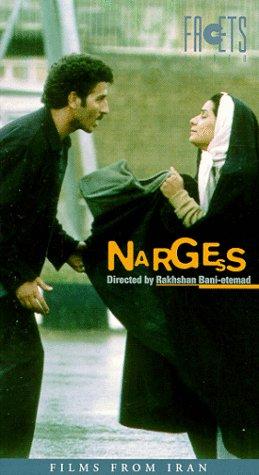