A standard issue revenge western directed by Robert Sparr (“Once You Kiss A Stranger”/”A Swingin’ Summer “), that comes with an unconvincing anti-violence message. It’s written by George Schenck. Set in the 1890s, four gunslingers attempt to free gang leader Luke Santee’s (Mike Henry) kid brother from the Arizona Territorial Prison. But the break is stopped by the convict Cain (Clint Walker), who killed among others a marshal.

After imprisoned for 18 years, Cain is released. Cain then goes straight and drives a supply wagon. The wagon is ambushed by the Santee gang and Cain is roughed up and left for dead in a ghost town. He’s nursed back to health by an artist visitor from the East, Monica Alton (Arlene Francis). To support himself, he reluctantly works as a sharpshooter in a traveling Wild West Show run by Dan Ruffalo (Vincent Price). He’s billed as “Killer” Cain, the outlaw with 12 notches in his belt. When the jealous former star of the show Billy Eager (Paul Hampton) and an old foe Linus (Clarke Gordon) separately try to lure him into a gunfight, Cain leaves the show and meets Monica at a rundown ranch. He works with her to fix the ranch up. Meanwhile a crazed Billy kills Ruffalo and is in turn killed by Luke Santee. Cain helps the law arrest Luke, and marries Monica.

There’s a bitter ironic twist ending involving the now happy and settled rancher, meeting up with his karma by a former victim’s relative. 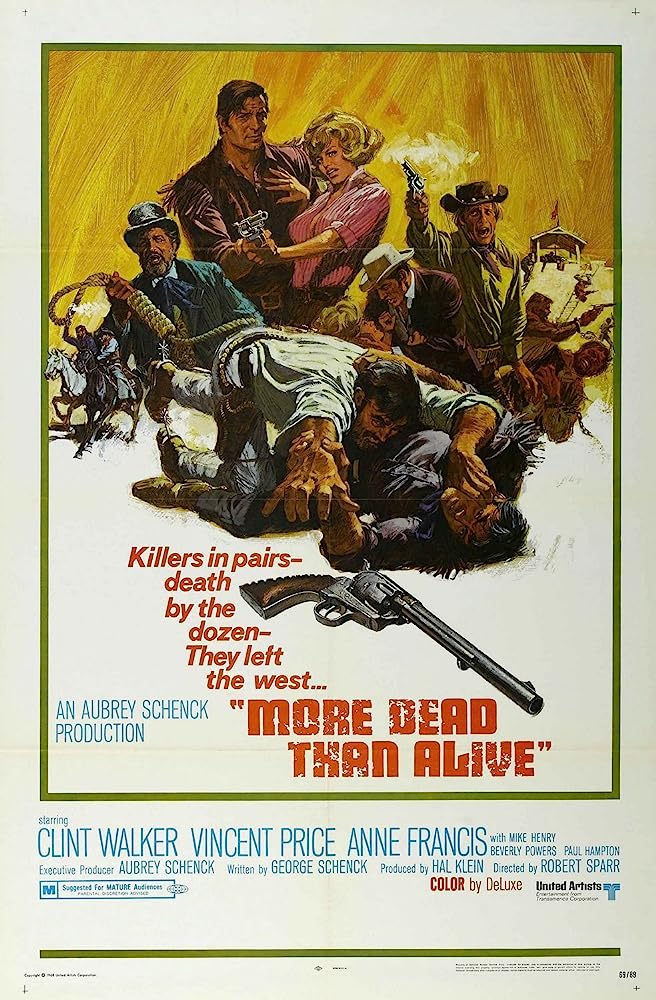