It’s based on the 2003 bestseller by Jhumpa Lahiri that tells of one immigrant Bengali family in America, with the focus on the American-born son named Gogol (Kal Penn) and his search for identity in his parents’ adopted country. The film covers thirty years in the life of the middle-class immigrants, starting from the mid 1970s. Mira Nair (“Salaam Bombay!”/”Mississippi Masala”), an India-born, Manhattan-based director, thickly lays on us the immigrant experience and the travails over assimilation–the all too familiar tale of the upwardly mobile immigrants conflicted between tradition and modernity is played out for all it is worth. It never leaves the neighborhood of polished soap opera fare, but it’s uniformly well-acted and presented and its tearjerker moments are not too much that they can’t be handled. What I couldn’t handle as well was how uninvolved I was with this otherwise pleasant ride over a well-traveled road.

It opens with a catastrophic train wreck in the countryside outside Calcutta, in 1974, where the only passenger who survives is the Gogol reading Ashoke (Irfan Khan). He’s reading “The Overcoat.” This incident, the single most impactful thing to ever happen to him, will leave him with nightmares for the rest of his life. Ashoke interprets his survival as a miracle and as a clear call for him to leave India for America–remembering that was recommended to him by a fellow passenger moments before the crash and that his favorite Russian author lived outside his homeland for most of his existence.

After living alone in America, the aspiring engineer returns to Calcutta in 1977 to take the shy, sweet and beautiful Ashima (Tabu), a trained classical singer, to be his bride in an arranged traditional marriage. The couple then must adjust to their marriage as well as to their new materialistic and cold climate country; while living in a modest Queens, N.Y. residence, Ashima writes home in wonder that the gas remains on all day and night, eats Rice Krispies by pouring curry powder over them and learns the hard way that wool sweaters shrink in the dryer, while the ambitious Ashoke spends long hours away studying for a master’s degree and teaching.

A few years later the couple have a son and are told by the hospital that he must have a name before going home. This is not so in India, where it might take several years to be given a formal name. Ashoke impulsively names the baby Gogol, which the youngster likes at first but later when a high school student, living in the suburbs of Nyack, N.Y., has second thoughts about the name being a relic from the old country and thinks of changing it to his formal name of Nikhil. The couple return to Calcutta to visit their relatives, with pot-smoking high school student Gogol and his younger sister Sonia (Sahira Nair) in tow. The Americanized kids are taken back by the country’s poverty and the intensity of the religious rituals, but are impressed by the majestic Taj Mahal.

Gogol, as an architectural student at Yale, continues to have problems over his name and changes it to Nick; this becomes the conflict that plays out as a metaphor for his split cultural identity and provides whatever little tension there is in the melodrama. From hereon Nick’s parents become secondary (though much admired) figures, as the story follows Nick as he becomes a career-oriented architect living the good life in Manhattan and dating a wealthy socialite blonde Long Island WASP, Maxine (Jacinda Barrett), and later surprisingly connecting with Moushumi (Zuleikha Robinson). She’s a beautiful Bengali woman who lived a carefree life in Paris before coming to the States, and is as culturally screwed-up as he is. It takes a family tragedy to get Gogol’s head screwed on right, and for the filmmaker to make one of her talking points about how lonely the characters are in their new homeland as they hope to set down permanent roots and provide a better life for their children.

It’s a universal story that plays into the American melting-pot story, where there are millions of tales about such ordinary people who have courageously come to America and have gained much but also have lost some intangible things money can’t buy. Kal Penn gives a lively performance, Khan gives a penetrating soulful one and Tabu gives a very sensitive and warm-hearted performance as the saintly mom who takes a long time adjusting to her strange new country. Nair shoots a beautiful looking film (considerably helped by cinematographer Frederick Elmes); it pays homage to the strength of the family and tries to give us an understanding as to why the second generation children sometimes can’t understand their parents and disobey them; it also tries to show how it’s necessary to build bridges between the Old and New World. The problem is that we already know all this, and the episodic film felt sluggish at times. 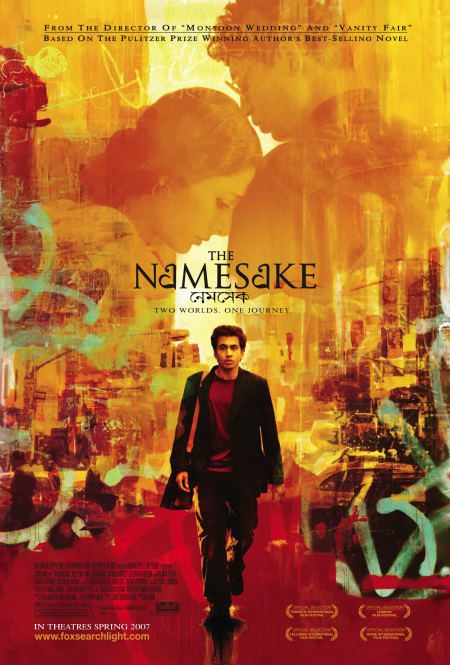