“Never as engaging as the mystery surrounding it.”

Italian director Marco Bellocchio’s (“Fists in the Pocket”/”The Prince of Homburg”) bizarre anti-clerical satire also includes a midlife crisis drama and a surreal thriller. The Italian Bishops Conference called the film blasphemous, which helped propel it into the international spotlight. At the 2002 Cannes Film Festival, it won a Special Mention for the Prize of the Ecumenical Jury.

Atheist Ernesto (Sergio Castellitto) is a famous artist and illustrator who finds out that his mother, whom he never liked, has been put forth for canonization. Ernesto is separated from his wife Irene (Jacqueline Lustig) but remains in close contact with his beloved elementary school aged son Leonardo (Alberto Mondini). The bearded artist finds out from a visit by a clerical secretary, Don Pugni (Bruno Cariello), the shocking news that his mother’s beautification process is being overseen by Cardinal Piumini (Maurizio Donadoni), who wants to meet the son in the Vatican. For the last three years, without Ernesto’s knowledge, there’s been a Vatican probe about sainthood for his mother as petitioned by his monsignor brother and further supported by his Aunt Maria (Piera Degli Esposti).

What upsets Ernesto is that he knows his mother was no saint or martyr, in fact he views her as a stupid woman who thought religion was used to keep one from being profane and at best only accomplished ordinary things. Ernesto’s insane brother Egidio confessed to stabbing his mother to death while she was sleeping and when he was under the influence of drugs, and refuses to recant. The other brothers, Ettore (Gigio Alberti), a hypocritical converted Catholic, and Eugenio (Lino Bonanni), a monsignor who does overseas missionary work, and Irene all prove to be opportunists and cynically support her canonization as something that will give the family prestige, smooth their way around the upper circles of Italian society, give them celebrity status and a chance to make a profit. They ask Ernesto to support them and get Egidio, who respects only Ernesto, to change the confession and say he stabbed his mother because she wanted to stop his blasphemy and has now repented. This is the only obstacle standing in the way of sainthood and it depends on non-believer Ernesto to see the light. An achieved miracle by his mother has already been established: the curing of a mentally ill man who goes by the name Filippo Argenti (comically named after a character in Dante Alighieri’s The Divine Comedy: Inferno).

Chiara Conti is Diana Sereni a mysterious beautiful blonde, who misrepresents herself as Leonardo’s religious teacher. She could have been setup by the family to seduce him and win him over to their side. If that weren’t enough plot, aging Count Bulla challenges Ernesto to a duel over seeing a smile on his face (a smile he inherited from his detested mother) when he ranted about restoring the monarchy in Italy. For some reason the artist accepts, but in a ridiculous dramatic moment the count walks away from the duel as the two cross swords. It shows how surface are both the ways of royalty, who do things to preserve their social nobility, and the Church, which encourages the trivialized acceptance of empty rituals and religion as an afterlife “insurance” policy because five billion people in the world have been sold on the idea there’s a heaven and a hell and even if you don’t fully believe the dogma it doesn’t hurt to say you do.

If it weren’t for how surrealistically confusing and delightfully playful the morality tale was, its enticing dream-like quality and how it set such a spooky mood through its finely photographed chiaroscuro lighting and evocative netherworld imagery, the film would have fallen apart because the simplistic drama was never as engaging as the mystery surrounding it. 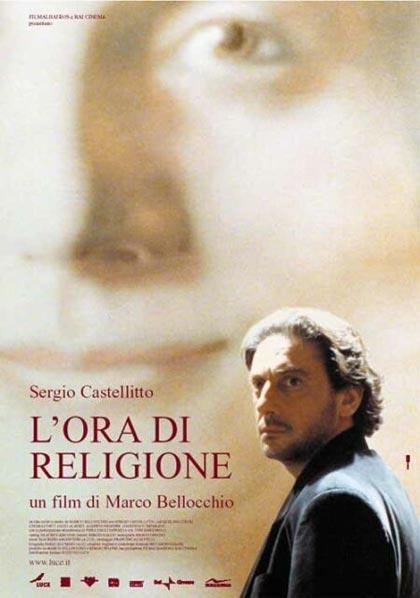